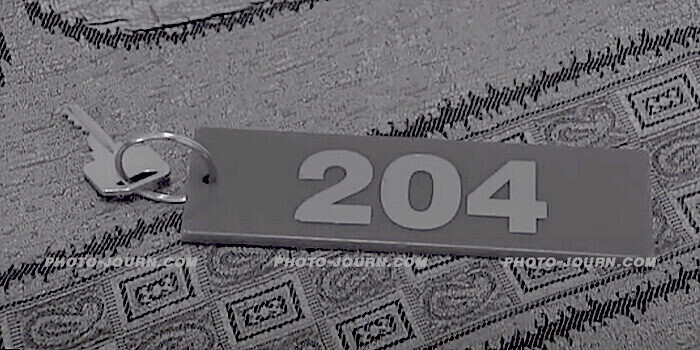 Mr Panadda also dismissed claims made by a New Zealand-based United Nations scientist, who told New Zealand’s 60 Minutes program last Sunday that in his opinion Ms Carter had been “killed by an overzealous [insecticide] sprayer”, saying “there is no medical proof”.

On the 60 Minutes report Dr Ron McDowall said he had sent the results to other experts in New Zealand and Italy and all agreed it was chlorpyrifos poisoning.

However, despite such a firm statement, Mr Panadda said there was not enough medical information to support the claims that a bed bug killer containing chlorpyrifos was responsible for the deaths of tourists at The Downtown Inn in Chiang Mai.

He said that tissue samples from the victims had been sent for testing at laboratories in the US and Japan and a team of doctors will announce the results of the tests, though no time-frame was given as to when that will be.

However, on the 60 Minutes episode, Dr McDowall said that if chlorpyrifos is the cause of the deaths the blood and tissue samples will be of little help, because the “chemical only has a half-life in people of about a day”.

When 60 Minutes visited The Downtown Inn it found the entire fifth floor undergoing extensive cleaning, with furniture and fittings extensively stripped and in-room air conditioners being flushed, allegedly one day ahead of an inspection by Chiang Mai Public Health officials.

According to Dr McDowall, the fact the room had been scrubbed clean and that “significant levels” of the chemical remained three months later “is a huge concern”.

Chlorpyrifos banned in the USA for residential use

In 2001, ahead of looming regulatory action by the US Environmental Protection Agency, Dow withdrew registration of chlorpyrifos for use in residences and places where children could be exposed, and also restricted its use on crops.

About the same time the Australian Pesticides and Veterinary Medicines Authority (APVMA) restricted chlorpyrifos products used in the home and garden to low concentrations (not greater than 50g/L).

A September 2000 report stated: “The APVMA found that the use of home and garden chlorpyrifos products with concentrations of greater than 50 g/L could no longer be supported because of acute toxicity concerns.”

The AVPMA also removed approval for the use of chlorpyrifos in indoor broadcast applications involving spraying surface areas, such as floors and walls, strengthened environmental protection warnings and safety directions, and changed use patterns to remove undue risks to worker health and the environment.

Although not classed as a restricted chemical product in Australia, where special training and/or other requirements are needed in order to handle or use the chemical, the APVMA spokesperson said the government agency has not registered any chlorpyrifos products for use in the control of bed bugs.

The spokesperson also said the APVMA “is not aware of any deaths from the use of chlorpyrifos in Australia”.

The deaths of the Chiang Mai seven are remarkably similar to the unexplained deaths on Koh Phi Ph of American tourist Jill St Onge and Norwegian holiday-maker Julie Michelle Bergheim at The Laleena Guesthouse on Koh Phi Ph on May 6, 2009. Ms St Onge’s fiance, Ryan Kells, reported a strong smell of chemicals in the room they occupied.

Despite what appears to be a reasonable and plausible explanation for the string of Chiang Mai tourist deaths, foreign governments and peak tourism industry bodies in Australia, New Zealand, the USA, and the UK have refused to comment, or respond to questions as to whether they intend to advise nationals of their respective countries that the “banned in the USA” chemical, is used in Thailand.

Approaches to the New Zealand Ministry of Foreign Affairs, The British Embassy in Bangkok, and the Norwegian Embassy in Bangkok went unanswered, while the Australian Department of Foreign Affairs (DFA) issued a blanket statement advising travelers to subscribe to and/or check the Australian Government’s Smartraveller report for Thailand, “which reflects the Government’s understanding of the risks faced by Australians in Thailand at this time”.

A spokesperson for the American Embassy in Bangkok said it was aware of the deaths and the ongoing investigation and offered its condolences to the families, noting that it “has offered the technical assistance of the US Centers for Disease Control and Prevention (US-CDC) personnel in Thailand to assist the Ministry of Public Health (MOPH) in its investigation”.

Speculation that Thai authorities may not be being totally transparent in their reporting and handling of the situation received a boost when the country’s English-language newspaper, the Bangkok Post published an article on its website on May 13 titled FDA: chlorpyrifos unsafe for bedrooms, and then without explanation, removed it less than two hours later. Though not fast enough to prevent a cached copy of the page being indexed on the internet.

The original article stated: “Thailand’s Food and Drug Administration has warned the public to refrain from using pesticides containing chlorpyrifos in a bedroom as there is no substantial report on the product’s safety.

“The warning on Friday followed reports in the New Zealand media that traces of chlorpyrifos, a chemical used to kill bed bugs, were found in samples taken from hotel rooms where guests had developed fatal illnesses. Some actually died in their hotel rooms.

“Under the Hazardous Substances Act, chlorpyrifos was listed as a category three hazardous substance that needs special authorisation for distribution, import and export.

“The pesticide was registered at the Food and Drug Administration (FDA) for use in dispersing and eradicating bugs in household areas, except bedrooms.

“”Chlorpyrifos is not meant for usie (sic) in bedroom areas due to lack of a substantial report on the product’s safety for use in such areas.

“”Therefore it is essential that manufacturers and importers of the product clearly put a warning label on the package, so consumers can be guided in how to use this chemical for the right purpose”, Bureau of Cosmetics and Hazardous Substances Control chief, Wattana Akraektasin said.

“The FDA announcement issued on warning labels for disinfectant products would be in effect by next year.

“He admitted the agency could not punish or fine manufacturers or importers who neglect the warning label for chlorpyrifos since penalties for violation were not included in the announcement.

“FDA was waiting for the final report by police and provincial public health investigators on the cause of death of five guests at the Downtown Inn in the northern province of Chiang Mai before taking any further action on products containing chlorpyrifos, he said.

“Apart from chlorpyrifos, other products listed in harmful substances category 3 are dishwashing liquid, floor and sanitary ware cleaning products, disinfectant for households, correction fluid and others.

“The manager of the Downtown Inn hotel in Chiang Mai earlier denied the hotel had been using chemicals containing chlorpyrifos in guest rooms.

“Chiang Mai governor ML Panadda Disakul also insisted there was no medical evidence to confirm claims of a pesticide containing chlorpyrifos, reported by the New Zealand media as being responsible for the deaths of the hotel guests.

“The symptoms of chlorpyrifos poisoning include nausea, fatigue, muscle contraction and chest pain. In critical cases, the symptoms can be as serious as losing consciousness and stopping breathing.

“However Mr Akraektasin, a pharmacist, said there had been reports of fatalities involving chlorpyrifos-mixed chemicals.

“The first guest who died at the Downtown Inn was Waraporn Yingmahasaranont, 48, a tour guide.

“On Feb 7, Sarah Carter, 23-year old student from New Zealand who stayed at the hotel, died of what was initially thought to be food poisoning at Chiang Mai Hospital.

“Her friends, Amanda Eliason, 24, and Emma Langlands, 23, also became ill. The two were hospitalised in Chiang Mai and recovered.

“On Feb 19, an elderly British couple, George and Eileen Everitt aged 78 and 74, both died in their room at the same hotel.

“All reportedly suffered the symptoms reported for chlorpyrifos poisoning”, the article stated.

The sudden disappearance of the story from the newspaper’s website led to questions on the Twitter micro-blogging platform, with several Twitter users calling for an explanation.

An email sent to Bangkok Post managing editor, Chiratas Nivatpumin, asking why the story had been pulled from its website remained unanswered as of the time of writing. After reading the article, though, one could be excused for thinking that its contents may have been deemed too much at odds with what is being said by officials in Chiang Mai.

Irrespective of the reason, this odd instance of self-censoring by the Thailand’s largest circulating national English-language newspaper is only likely to raise more questions than answers about extermination practices in Thailand hotels, what is really going on with the investigation into the tourist deaths in Chang Mai, and whether the same chemical could be behind the deaths of a number of tourists on Koh Phi Phi.