Asian financial crisis: is Thailand on the road to recovery? 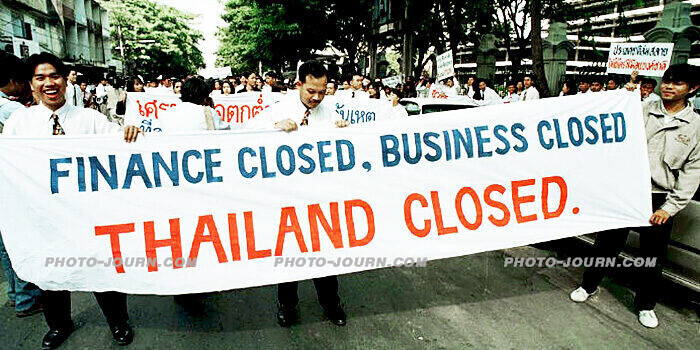 Thailand’s construction industry is showing signs of a recovery. For foreign companies entering the market, it may be a case of now or never.

Tower cranes still dot the horizon, providing an image of industrious expansion, but the truth is that many of these projects have come either to a resounding halt or have seen workforces scaled back and construction proceed at painfully slow rates.

Meantime, financiers attempt to stretch their construction dollars in the hope that an economic recovery occurs sooner rather than later.

The infrastructure picture in Thailand throws up differing images.

Time and money has already run out

For many projects in Thailand time and money has already run out, leaving a plethora of partly completed projects.

In the retail sector alone, projects totalling more than 700,000sqm have either been postponed indefinitely or cancelled.

In addition, office sector average occupancy stood at between 60 and 65 per cent, with an additional 317,000sqm of new office space due to come on line this year.

Will Hamilton, managing director of Thai Leighton, a subsidiary of Leighton Asia and part of Leighton Holdings group, described the situation throughout the region as fairly grim, adding “there is not much money around”.

“Most companies that haven’t, or aren’t packing their bags could best be described as in a holding pattern, with the opportunities presently around only enabling a holding-pattern approach to be taken”, Mr Hamilton said.

However, the John Holland Group (Australia), through John Holland (Thailand), a joint-venture subsidiary of John Holland Asia (JHA), has found opportunities in Thailand.

The company is part way through a US$200 million public works project for State Railways of Thailand (STA) to rehabilitate almost 600km of Thailand’s aging main trunk line and ancillary track over the next three years.

The projects are the first two phases of a multiphase project planned by the SRT to rehabilitate, duplicate and extend its 4,000km mainline network, making it the largest rail rehabilitation project in the world.

Gary Willox, of John Holland in Thailand, said despite the economic crisis in the region “there is a massive amount of rail work coming up in Thailand”.

“Now might be the time for companies with an interest in the region to establish a presence and take advantage of the lower rental market while building partnerships with local companies, but they should not expect to see a positive cash flow for several years,” Mr Willox said.

Five years for construction to recover

Don McBain, a consultant with Ferrier Hodgson, said the current glut in residential and commercial office space would probably see the market remain somewhat depressed for three to four years in the former sector and for four to five years in the latter.

With regard to the partly completed projects that dot the Bangkok skyline, Mr McBain said he didn’t expect many of these to be purchased at bargain basement prices and then completed by other developers.

“The valuations being put on these projects is so low that you can’t complete construction for the value being applied to them. Most will probably end up being demolished,” he said.

One encouraging piece of news is that Thailand’s previously inefficient bankruptcy law has undergone a number of changes. Creditors can also initiate bankruptcy procedures, with the timeline for action now considerably reduced.

“The foreclosure law, which previously saw companies that by developed nations’ standards were technically bankrupt continue operating for 10 to 15 years, has been changed”, Mr McBain said. Winding up procedures can now be completed in nine months, at least technically, he said.

Kirsten Sayers, a trade commissioner with Austrade in Bangkok, said the prospects in the property sector were improving.

“The Thai property market is expected to start the slow process of improvement this year,” she said.

“It is anticipated that infrastructure and public construction will be a major driving force in the Thai building industry as the economy recovers, with residential and commercial demand also on the increase. The industrial sector is also expanding as companies prepare for the next wave of growth,” she said.

Max Lindsay, president of the Australian-Thai Chamber of Commerce and general manager of Readymix Pioneer Concrete (Thailand), a subsidiary of Pioneer International, said his “feeling is the economic recession has bottomed out”.

Mr Lindsay suggests “anyone who comes in three years time will have missed the boat”.

The final, and perhaps most definitive indicator that the economy has turned around is the density of Bangkok’s traffic. While nowhere near the levels of five or six years ago when traffic jams of six hours or more were common, traffic jams are again becoming a common occurrence on Bangkok streets. Sales of luxury automobiles have also started to rise again.

The big question that remains is whether this upturn is a sustainable improvement, or just one of the small rebounds off the bottom, with insufficient momentum to keep heading skywards.

For engineering and construction firms, if they have an interest in making a commitment to the region now is probably the time to establish a one-person office to build contacts.

The picture is bound to be clearer in a year’s time. If the bullishness of one Thai engineering company is anything to go by, the sooner may be the better. Its recent advertisement read: “Engineers. Many positions. Master degree in Civil Engineering or related fields. Fair command of written and spoken English”.

The trucks may soon be rolling again in Bangkok.