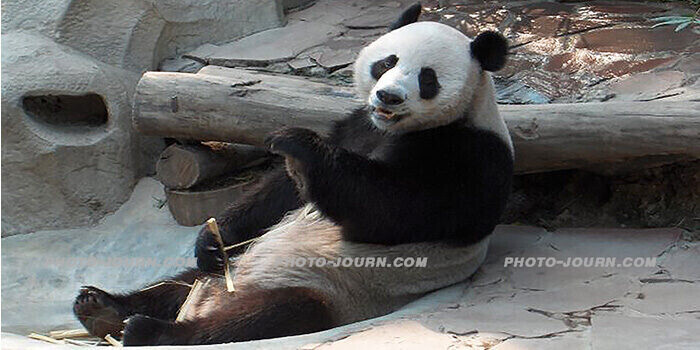 Just days after being fawned over by US President Barack Obama on a whirlwind Southeast Asia tour Thailand has signed four bilateral memorandum of agreements with regional powerhouse China, who trumped Washington by throwing high-speed trains and a panda into the pot.

The US presidential road-show earlier in the week saw Thailand sign a new Thai-US joint military memorandum of agreement. Said to focus on regional security and stability through cooperation in military exercises, training and humanitarian assistance efforts, as well as an agreement for the USA to sell Thailand shiny new military equipment.

“The US supports the modernisation of the Royal Thai Armed Forces (RTAF) through the sale of US defence equipment, foreign military financing, international military education and training” the announcement said.

However, rather than any strong commitment from Thailand to seek membership of the controversial Trans Pacific Partnership (TPP) trade-pact in return, the White House was forced to issue the considerably watered-down statement. “President Obama welcomed Thailand’s‚ interest in the TPP negotiations, which will be subject to Thailand‚ undertaking of the necessary domestic procedures”.

Hardly an impressive statement to appease pro-TPP supporters and considerably more hollow than the proclamation made by the Thai Ministry of Commerce last Monday at a press conference that Thailand would “announce its commitment to seek membership of the TPP”.

While garnering nowhere near as much attention as the US road-show, the visit by outgoing Chinese Premier Wen Jiabao appears to be kicking more goals, with memorandums signed relating to:

While all very important from a bilateral agreement stance, it was China’s “special interest” in developing two high-speed train services from Thailand heading toward China, along with considering extending the stay of Thailand-born giant panda Lin Ping that topped anything the USA offered.

The high-speed train project is a centrepiece of the policies Thailand Prime Minister Yingluck Shinawatra was elected on last year and seen as key to providing greater trade access between Thailand, China and land-locked Lao PDR.

Laos has already announced its intention to build a 1.435 metre-wide standard gauge rail line from Vientiane to the Chinese border, a distance of 420 kilometres, with a $US7 billion Chinese government loan. A similar link from Bangkok to Nong Khai in the northeast would open up unprecedented trade opportunities between the three countries.

However, Thailand has not yet set bidding conditions on the multi-billion dollar project, despite the 450 kilometre distance of the Bangkok-Nong Khai section being similar to that being built in Laos, which is scheduled for completion in 2018.

The icing on the cake over who “won” this round of diplomatic “hearts-and-minds” diplomacy was sealed though with the positive reaction to a request by Thailand that its locally born panda, Lin Ping, extend her stay in the country.

Born on May 26, 2009 at Chiang Mai Zoo to Lin Hui (female) and Xuang Xuang, two adult giant pandas on loan from China, Thais nationwide have adopted the black and white bearlike mammal in their hearts.

While many people saw the US Presidential roadshow as being an attempt to halt China’s continuing influence in the region, Chinese Premier Wen appears to have neutered the US efforts through a much quieter and lower profile form of diplomacy.