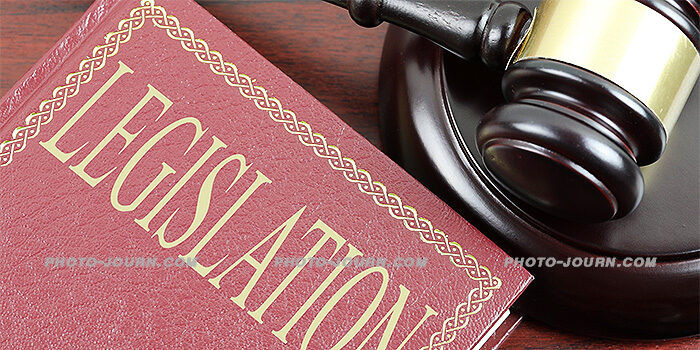 This is an unofficial translation of the Thailand Social Security Act

BHUMIBOL ADULYADEJ, REX.
Given on 11th Day of August B.E. 253 [1990]
Being the 45th Year of the Present Reign
His Majesty King Bhumibol Adulyadej is graciously pleased to proclaim that:

Whereas it is expedient to revise the law on social security.

Be it, therefore, enacted by the King, by and with the advice and consent of the National Assembly as follows:
Section 1. This Act is called the “Social Security Act, B.E. 2533”

All the other laws, by-laws and regulations in so far as they have already provided in this Act or are contrary to or inconsistent with the provisions of this Act shall be replaced by this Act.

“employee” means a person agreeing to work for an employer in return for wages irrespective of designation but excluding an employee who is employed for domestic work which does not involve in business;

“wages” means all types of money which are paid by an employer to an employee in return for the work done during normal working hours and days, whether to be calculated by the duration or the result of the work being done, and includes money which an employer pays to an employee for holidays and leaves on which the employee does not work, regardless of the way it is specified, calculated or paid, in any nature or method, and the name used;

“working day” means a day scheduled for an employee to work normally;

“insured person” means a person who pays contributions which provides entitlement to benefits under this Act;

“confinement” means the delivery of an infant from mother‚Äôs womb in which a period of pregnancy is not less than twenty-eight weeks, irrespective of whether the infant is alive or not;

“unemployment” means an insured person ceases to work resulting from cessation of legal relations between an employer and an employee under hire of services contract;

“member” means a member of the Social Security Committee;

“competent official” means a person appointed by the Minister for the execution of this Act;

“Minister” means the Minister having charge and control of the execution of this Act.

Section 7. The Minister of Labour and Social Welfare5 shall have charge and control of the execution of this Act and shall have the power to appoint competent officials, issue Ministerial Regulations prescribing fees not exceeding the rates provided in the schedules hereto attached, granting exemption from fees, and prescribing other activities for the execution of this Act.

Such Ministerial Regulation shall come into force upon their publication in the Government Gazette.

The Committee may appoint any person to be assistant secretaries.

In the performance of the duties under paragraph one, the Committee may assign the Office to perform and report to the Committee for future proceedings.

Section 10. A member or an adviser appointed by the Minister shall hold office for a term of two years.

The member or adviser who vacate office may be reappointed, but not more than two consecutive terms.

Section 11. In addition to vacating office at the end of term under section 10, a member or an adviser appointed by the Minister shall vacate office upon:
(1) death;
(2) resignation;
(3) being removed by the Minister;
(4) being a bankrupt;
(5) being insane or mental infirmity;
(6) being imprisoned by a final judgement to a term of imprisonment,except for an offence committed through negligence or petty offence.

In the case where a member appointed by the Minister vacates his or her office before the expiration of his or her term, the Minister may appoint another person of the same description of qualification according to section 8 to replace him or her and the appointee shall hold office for the remaining term of the member so replaced.

Section 13. At a meeting of the Committee, the presence of not less than one-half of the total number of members is required to constitute a quorum.

If the Chairman does not attend the meeting or is unable to perform his or her duties, the members present shall elect one among themselves to preside over the meeting.

Section 14. There shall be a Medical Committee consisting of a Chairman and other members, totally not more than sixteen persons, appointed by the Minister, and representative of the Office shall be member and secretary.
Chairman and other members under paragraph one shall be appointed from qualified persons in the fields of medical science and shall hold office for a term of two years.

Section 13 shall apply mutatis mutandis to the meeting of the sub-committee.

Section 17. The Committee, the Medical Committee and the sub – committee shall have power to summon any person to submit documents or data which are necessary for consideration. In this respect, they may order the persons concerned to give statement.

Section 18. The members, the advisers, the Medical Committee, the Appeal Committee and the sub-committee may receive meeting allowance, transport expenses, allowance, lodging expenses and other expenses in performing their duties under this Act in accordance with the regulation prescribed by the Minister, with the approval of the Ministry of Finance.

Section 19. There shall be established the Social Security Office under the Ministry of Interior8 having the following powers and duties:
(1) to perform the administrative works of the Committee, other Committee and sub-committee under this Act;
(2) to collect, compile and analyse data in regard to social security;
(3) to organize the registration of employers and insured persons who are required to pay contributions;
(4) to perform other functions as prescribed in this Act or any other laws to be powers and duties of the Office;
(5) to carry out other activities as entrusted by the Minister, the Committee, other Committee or the sub-committee.

Section 21. There shall be a Fund in the Social Security Office called the “Social Security Fund” to be utilized for providing benefits under the provision of title 3 to insured persons and to be used as expenses under section 24 paragraph two.

Section 23. The Fund under section 22 shall belong to the Office and is not required to be remitted to the Ministry of Finance as State revenue.

Section 24. The Fund shall be utilized for benefits under this Act.

The Committee may allot the Fund not exceeding ten per cent of annual contributions for expenses under section 18 and for administrative expenses of the Office.

In the case where the fund is not sufficient to cover expenses under paragraph one or two, the Government shall subsidize or provide advanced money as it deems necessary.

Section 25. The receipts, payments and safe-keeping of the Fund shall be in accordance with the regulations prescribed by the Committee, with the approval of the Ministry of Finance.

Section 26. The productive investment of the Fund shall be in accordance with the regulations prescribed by the Committee, with the approval of the Ministry of Finance.

Section 27. The Committee shall, within six months from the last day of the calendar year, submit the balance-sheet and statement of incomes and expenditures of the Fund in the foregoing year to the Office of the Auditor ‚Äì General of Thailand to be audited and certified before submitting to the Minister.

Section 28. For the purpose of social security under this Act, the Royal Decree may be issued to make survey on problems and data concerning labour matters.

The Royal Decree under paragraph one shall specify at least the following particulars:
(1) the purpose of the survey;
(2) the officer or competent official who shall carry out the survey;
(3) the period of enforcement which shall not exceed two years.

The Notification under paragraph one shall be published in the Government Gazette.

In the case where the delivery as specified under paragraph one can not be made, the form of survey shall be posted in a conspicuous place at the office of the employer. After having completed such delivery and a period of fifteen days has elapsed, the employer is deemed to have received such form of survey.

Section 32. All information or figures filled out in the form of survey shall be confidential. It shall be forbidden for the officer who performs the duties under this Act to disclose such information or figures to any person who has no duties under this Act except in the case where it is necessary for the benefits of social security or labour protection or for the benefits of investigation or trial.

Section 33.The employee who has been over fifteen years of age and not more than sixty years of age, shall be insured person.

Section 34. An employer who employs employees being insured persons under section 33 shall submit the statement specifying names of insured person, rate of wages and other information, in accordance with the form prescribed by the Secretary – General, to the Office within thirty days as from the date on which the employees become insured persons.

Section 35. In the case where the principal who employs employees by the wholesale wages method has sub-contracted the execution of work and the responsibility for paying employees wages to other person, or has sub-contracted any person for the supply of labour which is not employment service business and the sub-contracted work is a part in the process of production or of business which is undertaken in the establishment or working place of the principal and the essential equipment for such work is provided by the principal, the principal shall be an employer who is required to perform duties under this Act.