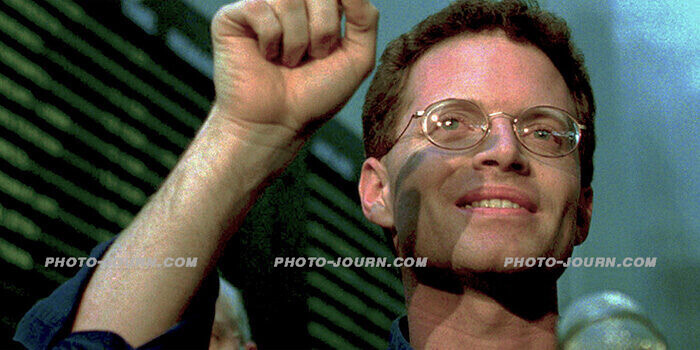 Last week Pulitzer Prize winning and The New York Times (The Times) journalist, David Rohde escaped from seven months of Taliban captivity without the world ever knowing he was held hostage.

Rohde, along with local reporter Tahir Ludin and their driver, Asadullah Mangal, were abducted in Logar, outside Kabul, Afghanistan, on November 10, 2008, while he was researching a book about the history of America’s involvement there.

Last week Rohde and Ludin managed to escape their captors by climbing over the wall of a compound where they were being held in the North Waziristan region of Pakistan, 165km (100 miles) from where he was captured.

The two found a Pakistan Army scout, who led them to a nearby army base, and on Saturday they were flown to the American military base in Bagram, Afghanistan.

The strange thing about the episode is that up until the time of Rohde’s escape, no one knew anything about the kidnapping. Not a single media organisation reported Rohde’s abduction, out of concern for the men’s safety.

Bill Keller, the executive editor of The Times, said, from the early days of this ordeal, the prevailing view among David’s family, experts in kidnapping cases, officials of several government and others we consulted was that going public could increase the danger to David and the other hostages.

The kidnappers initially said as much. We decided to respect that advice, as we have in other kidnapping cases, and a number of other news organisations that learned of David’s plight have done the same. We are enormously grateful for their support.

What Keller never explained though was how The Times managed to get the likes of CNN, the BBC, Reuters, DPA, Al Jazeera and AFP to keep the matter quiet.

Both Keller and Rohde’s family declined to discuss details of the efforts to free the captives, except to say that no ransom money was paid and no Taliban or other prisoners were released.

Kidnapping, tragically, is a flourishing industry in much of the world, Mr. Keller said. As other victims have told us, discussing your strategy just offers guidance for future kidnappers.

Indeed that might be the case, however, a quick check of The Times website shows no shortage of stories such as:

So what made the conditions surrounding the kidnapping of Rohde any different to these others? What insightful information did The Times have that Rohde’s life was in any more danger than these other cases?

Of equal importance, why did other world media organisations choose not to report on the event? What pressure or persuasive powers did The Times have or exert on these other media outlets to ignore the story?

It’s ludicrous to believe even for a moment that august media outlets such as those mentioned previously, all of who have bureaux in Kabul, were not aware of the abduction.

The message would appear to be that stories that might endanger the life of other kidnap victims are good to go, but, when it’s a news media person the rules change.

One can’t help but think that The Times, along with these other media organisations, who so often sprout about a free and unhindered press; about the rights of the media to report the news without favour have set a very bad precedent with the Rohde kidnapping.

One can only now presume that when the next hapless NGO or foreign contractor in Darfur, Afghanistan, Somalia or the like is kidnapped, these same news organisations will not report the matter, out of concern for the hostages safety.

Anything else but would make the kidnapping of David Rohde and the subsequent silence by the world media appear as nothing else but nepotism or, even worse.

3 Responses to "The secret kidnapping of David Rohde – How did the NY Times muffle the media?"