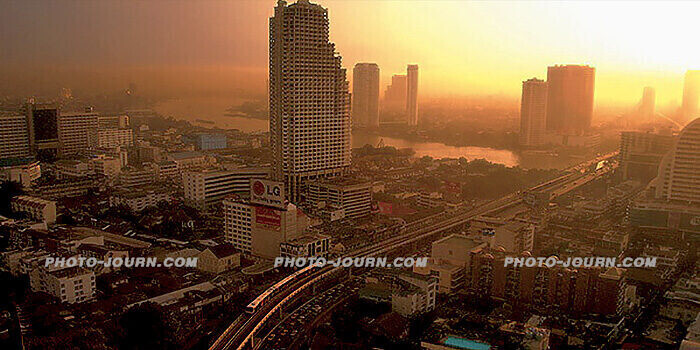 Founded in 1782 by the first monarch of the present-day Chakri dynasty, Bangkok, or Krung Thep Maha Nakhon as it is known in Thai, has grown to be one of the great metropolises of the world and is the quintessence east meets west melting pot attracting millions of visitors each year.

In fact is doubtful if any other city in the world offers the diverse range of pursuits a visitor to Bangkok, either a traveller on their own or family, is able to avail themselves of.

The greater Bangkok area encompasses more than 1,500 sq km and is home to more than 10 million people, as well as being the major international gateway to a host of internationally known exotic holiday destinations including Phuket, Pattaya, Koh Samui, Chiang Mai.

With more than 95 per cent of Thais being followers of Theravada Buddhism it’s not surprising that Bangkok has its fair share of Buddhist temples. At last count there were over 400 Buddhist temples in the greater Bangkok region, all supported by their local communities where they continue to play an important role in day-to-day events.

Most of Bangkok’s Buddhism temples are open for inspection, though visitors to Buddhism temples in Bangkok and throughout the country are reminded that appropriate dress must be worn, especially when visiting auspicious Bangkok Buddhist temples such as Wat Pra Kaew, the royal chapel, inside the Grand Palace, where the legendary Emerald Buddha sits atop an 11-meter tall gilded altar.

Other notable Buddhist temples in Bangkok include Wat Pho (also referred to as Wat Phra Chetuphon, or the Temple of the Reclining Buddha), Wat Arunratchawararam, commonly called Wat Arun (Temple of the Dawn), and Wat Traimit Withayaram, home to the Sukhothai Traimit golden Buddha, the largest Buddha image in the world.

Bangkok traffic is notorious for its congestion with even short distances by road taking disproportionately lengthy amounts of time to compete. The city is well served though by a modern elevated rail service referred to as the BTS, as well as a modern and efficient underground (metro) system called the MRT.

Visitors to Bangkok who will be making regular use of either the BTS or the MRT should consider purchasing a smartpass card which can be topped-up with credit as required and dispenses with the need for joining sometimes lengthy queues of people at ticket vending machines or carrying coins to purchase single journey tickets.

Visitors to Bangkok will find the city and provinces are also well serviced by buses ranging from cheap, economy-class models right through to luxury double-deck VIP coaches.

For those wishing to get through the traffic quickly, motorcycle taxis can be found on almost every street corner, with the drivers easily identified by their bright orange vests, while air-conditioned, metered taxis and Thailand’s unique tuk-tuks are in abundance everywhere.

Bangkok Travel tip: If using the BTS or MRT frequently avoid the queues at the ticket machines by purchasing a stored value pass, or a one-day, three-day or 30-day pass on the MRT or a stored value, 20, 30, or 40 trip prepaid pass on the BTS. Don’t forget to hand the passes back in before leaving Bangkok to receive your (albeit small) deposit back.

Shop till you drop

Bangkok is a shopaholics dream (or nightmare) with visitors to Bangkok able to shop almost 24-hours a day and choose from rickety, umbrella covered sidewalk stalls and traditional markets, to air-conditioned mega-malls offering goods that cater to any budget.

Boutique fashion outlets are also in abundance and visitors to Bangkok who wish to snap up original designer items can do so without the need to travel to more traditional locations such as Beverly Hills or Faubourg-Saint-Honoré in Paris.

Because of the weather night markets are extremely popular in Bangkok and enable people to shop in the cool of the evening as opposed to the heat of the day. Two of the more popular outdoor markets with visitors to Bangkok are the Patpong night market and the Suan Lum Night Bazaar.

For those looking for real bargains the Chatuchak Weekend Market with more than 10,000 stalls and stores offers everything from the latest fashions to ornaments and potted plants. Easily reached by either BTS or MRT, the Chatuchak Weekend Market is legendary, and attracts local residents and visitors to Bangkok in search of wholesale and retail goods at very competitive prices.

Visitors to Bangkok are presented with perhaps the widest choice of nightlife entertainment of any city in the world. Bangkok nightlife is legendary world-wide, but there’s lots more going on in this city that never sleeps than just go-go bars.

The main entertainment areas in Bangkok include Royal City Avenue (RCA) and the Sukhumvit Road area between Nana and Phrom Pong BTS stations, famous for the variety of restaurants, pubs, and bars located there, the area adjacent to the Thonglor and Ekkamai BTS stations, the raunchy Patpong Road precinct and the backpacker area surrounding Khao San Road.

The Bangkok Symphony Orchestra is renowned for its repertory of international standard performances ranging from classical musicals and popular tunes through to Hollywood blockbusters and adaptations of traditional Thai compositions.

Bangkok City Ballet is equally renowned for staging a full program of events ranging from contemporary musicals to classical favourites, while cultural shows such as Siam Niramit at the Ratchada Theatre featuring over 150 performers and 500 lavish costumes plays host to thousands of visitors to Bangkok each year.

Because of its first-class facilities, internationally trained and certified practitioners, and lower costs, many visitors to Bangkok are choosing to combine their holiday with the opportunity to have some medical or dental work performed.

Whether it’s teeth whitening, a set of dentures or implants, cosmetic procedures such as a tummy tuck, breast augmentation or gender reassignment, or a medical procedure such as a hip or knee replacement, visitors to Bangkok will find Thailand’s medical and dental facilities and practitioners deliver first-class levels of care and service at a fraction of the cost of those in Europe or the US.

This and much, much more are what prompt visitors to Bangkok to often repeat the phrase, Thailand, simply amazing.