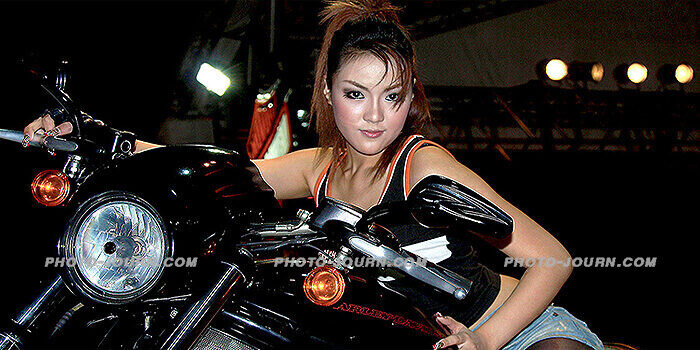 Enthusiasts of leather, body art, large loud motorbikes (and their often equally larger than life owners) and very loud cars will be descending en masse on the Thailand Eastern seaboard city of Pattaya next week (February 5 – 12) for the 14th annual Burapa Bike Week 2011.

For the best of the week leading up to the big final party night on February 12, the roads of Pattaya will assume a Daytona Beach-like appearance, with highly customised big-bore motorbikes, along with owners and riders from all over the world, often riding in groups, a common sight within the city.

At a press conference to announce the coming weeks event, considered one of Southeast Asia’s largest motorcycle rallies, organisers said they expected this year’s event to attract about 35,000 motorbike enthusiasts, with more than 15,000 bikes predicted to participate.

Organised by Pattaya Burapa Motorbike Club, the once-a-year charity fund raising event last year attracted riders from as far away as Europe, Scandinavia and the US, while a number also rode from Malaysia and Singapore to participate.

About seven thousand bikers converged on Pattaya for last years 2010 Burapa Bike Week, with all hotels in the city and adjoining areas totally booked.

The annual Saturday early morning mass ride round the city and down through Jomtien is quite impressive, with hundreds of bikes joining in. On Saturday night a massive stage in the Pattaya Indoor Stadium staging grounds hosts some of Thailand’s leading bands, with entry free to everybody.

At the same time in the car-park outside, some of the best mobile sound systems in Thailand assemble for an enormous car-park party, the amplifiers and speaker systems of up to 60 cars and trucks connected together, with top DJs spinning awesome dance music for the scantily clad dancing girls atop many of them.

People intending to go to the big Saturday night event should head to the exhibition location early though, as each year traffic is particularly heavy and erratic approaching the venue.