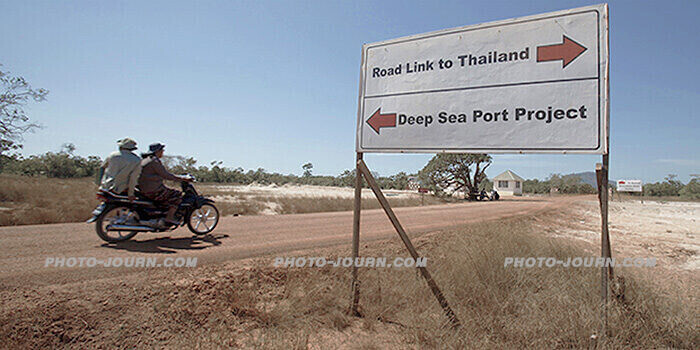 After years of talk and a cost blow-out forecast last month of more than 62 per cent over the phase one original budget, the Thailand-Myanmar deep-sea port and special economic zone (SEZ) project is in suspended animation, with the Japanese Government steadfastly refusing to join the ambitious project.

According to Thailand’s Office of Transport and Traffic Policy and Planning (OTP) there are concerns regarding the return on investment the Dawei deep-sea project will generate due to discrepancies in project information, meaning the entire concept needs to be reviewed.

Coinciding with the announcement Thailand’s Transport Minister, Chadchat Sittipunt, said talks aimed at enticing the Japanese government to invest in the project had gone nowhere, with “Japan no closer to joining the project than it was when talks commenced last year”.

According to Mr Chadchat the Japanese government disagrees with a number of aspects of the Dawei deep-sea concept, including Thailand’s proposed port locations.

The original Dawei deep-sea port and special economic zone project sees the ports for container vessels in the same location as berthing for the SEZ, which Japan claims will lead to shipping traffic congestion and inefficient wharf practices.

Japanese officials have said the design is impractical and have said the two ports should be in different locations, much the same as Thailand’s industrial port is situated in Map Ta Phut, while the country’s container port is located in Laem Chabang.

Originally scheduled to occupy more than 2,04sq.km (about 79 square miles) and include a 33MW gas-fired and a 180MW combined cycle power plant and provide a link between the Indian and Pacific oceans, the project suffered a major setback last year when Myanmar’s Max Myanmar Group, a domestic partner in the Dawei deep-sea project, announced it was withdrawing its 25 per cent stake in Dawei Development Co Ltd.

A further blow to the project, which has been trumpeted in Thailand as providing exceptional logistics benefits and freight savings when complete, came last December when Myanmar’s President, Thein Sein, suggested to Thailand Prime Minister Yingluck Shinawatra that the project should be scaled back to 1,250sq.km (58 square miles).

At the same meeting the Myanmar President said he intended to invite a third country, most likely Japan, to participate in the Dawei deep-sea project.

The proposed Dawei deep-sea project is one of three proposed or under construction in Myanmar, with the first, the Japanese-Myanmar Thilawa Special Economic Zone and deep sea port 25km (15.5 miles) from Yangon expected to commence operation early this year.

The second, a 9,593sq.km (3,704.04 square mile) Kyauk Phyu Special Economic Zone and a deep -sea port and terminal for the gas and oil pipelines to China, together with an 800km (497 mile) railway and highway from Arakan State to Yunnan, a joint Myanmar-China collaboration.