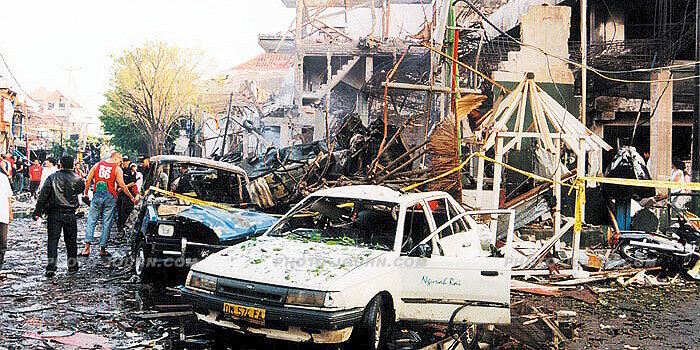 The execution of the islamist fundamentalists responsible for the 2002 Bali bombings that killed more than 200 people could face further delays.

The possibility of the sentences against Amrozi bin Nurhasyim, Imam Samudra and Ali Ghufron being delayed further was flagged by an expert on Indonesian law from the University of Indonesia (UI) on Thursday.

The comments from Sitompul followed a statement by Indonesian Attorney General Hendarman Supandji that the Government would wait another month for the convicted bombers to apply for a pardon before scheduling their executions.

“I will give them another month to decide whether they will file the request or not. If it turns out that they refuse to exercise the right then we will execute them as soon as possible,” Supandi was reported in The Jakarta Post as saying.

However Situmpul said the way the law currently stands it can easily be manipulated and further delays to the death sentences being carried out could occur.

Once a request for a presidential pardon is filed a prisoner can not be executed until the request is processed he said.

The three bombers were sentenced to death in 2006 over the deadly bombing outside two crowded nightclubs, the Sari Club and Paddy’s Pub, in Legian Street Kuta on October 12, 2002 that killed 164 foreigners and at least 38 Indonesians.

The three appealed against the original sentences but in August this year the Supreme Court of Indonesia refused to grant the three a judicial review.

The decision by the Supreme Court paved the way for the sentences to be carried out without further delay, however the Indonesian Government has appeared to be in no hurry to execute the three.

Bali’s police chief is on record as saying that a firing squad had already been chosen to conduct the execution, while Bali’s Governor has said the death penalty should be carried out on the resort island where the attacks occurred.