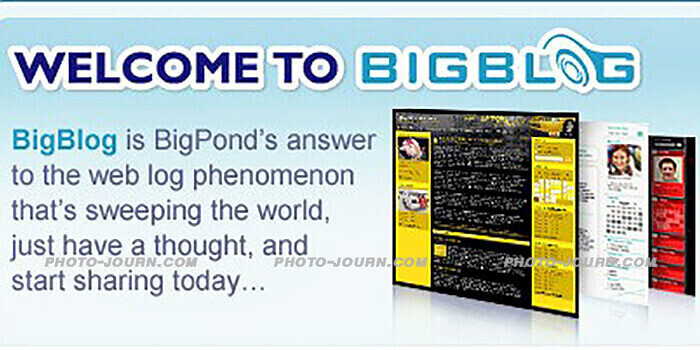 If ever any evidence was required that Telstra is out of control and run by a group of paranoid, overbearing, autocratic bureaucrats suffering from illusions of grandeur and self importance its BigPond blogsite is the perfect example.

Telstra, who portray themselves as the pinnacle of openness and all-round nice guys, recently upgraded the “profanity” filtering applied to its BigBlog website.

This became apparent when I tried to post a recent entry describing the actions of Telstra’s vitriolic and journalist abusing public relations official, Rod Bruem.

Titled Telstra: redefining the journalist/pr relationship, I was presented with an error when I tried to save the blog entry.

While those who are forced to endure Telstra’s painfully slow and overpriced broadband service, or the lengthy periods of time on hold while waiting to talk to someone at BigBlog would undoubtedly agree with the summary, the word Telstra is hardly one that would distress the broader community.

The new word filtering system currently only applies to the title of BigBlog posts and according to a technical support person at BigPond, has been implemented as a precaution to prevent people from saying bad things about Telstra.

For the time being a simple asterisk allows people with a desire to to get around the filtering.

Other words Telstra deems to be to naughty to be used in the headings of blog entries include: BigPond, Japan, Japanese, fanny, poo, cock, lick, pussy, suck, ass, and boob. Mobilenet, Foxtel, and Sensis have managed to slip through at this point of time, as have a number of racially derogatory terms.

The move has left many asking how long before Telstra, as self-appointed censors, prevent any mention of the corporation on its blogging platform? How long before BigPond bloggers start to see their blog entries being removed if they are critical of the organisation?

While some people will not be overly concerned about the new filtering system, others will more rightly see it as the thin edge of the wedge of over officious censorship penetrating the BigPond domain.