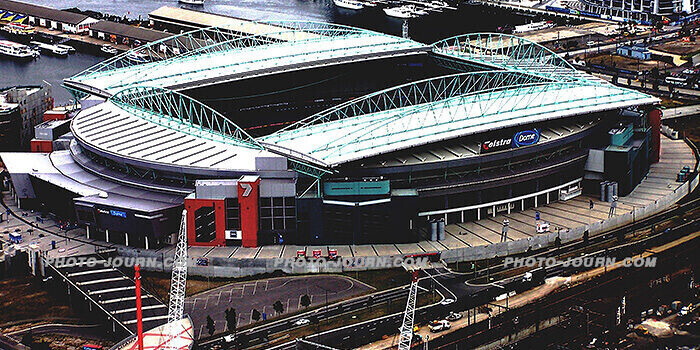 The board of Telstra Australia has had a huge corporate dummy spit after almost two-thirds of its shareholders voted against massive bonuses for its senior executives, including the corporations $12 million man, ceo Sol Trujillo.

However the Telstra Australia board may defy the will of its shareholders and the bonuses may still go ahead as the vote was non-binding.

The vote to oppose the corporate bonuses is unprecedented in Australian corporate history and comes atop similar opposition to the remuneration report last year, which only passed with the support of the Federal Government, which then controlled 51 per cent of the voting stock.

Most vocal of the dummy spitters was Telstra Australia chairman, Donald McGauchie, who in true corporate wobbly-throwing fashion attacked the corporate advisory firms who had urged large shareholders to oppose the motion.

The corporate advisory firms labelled as having “very limited experience” and a “tick-the-box” approach by the tantrum throwing Mr McGauchie include CGI Glass Lewis, Institutional Shareholder Services, the Australian Council of Super Investors, and the Future Fund.

CGI Glass Lewis is a leading research and professional services firm founded by wall street professionals and provides research and analysis on more than 13,000 public companies based in 65 countries around the world.

The Australian Council of Super Investors is a not for profit organisation that provides independent research and education services to superannuation funds, in relation to the corporate governance practices of companies in which they invest.

The Future Fund is a Federal Government agency established in 2006 to assist future Australian governments meet the cost of public sector superannuation liabilities and has a current balance of approximately $A60 billion. It is also the largest holder of Telstra stock with over two billion shares or 16.5 per cent.

Despite the depth of experience and knowledge of these advisers, Mr McGauchie said none has sufficient expertise to advise their clients and all have “very, very limited experience in remuneration.”

Joining in the collective corporate spit was Telstra Australia’s chairman of its remuneration committee Charles Macek who said, “we have to recognise that the people who are advising institutions, the proxy groups, have no expertise whatsoever.

“They would not have a single person on their payroll that has any commercial experience in terms of remuneration.”

The remuneration proposal would have awarded 118 million share options to 260 senior Telstra Australia executives for achieving targeted benchmarks, including an 11.5 per cent net growth over the next three years.

It is understood the advisory firms were particularly alarmed at the proposal to award Mr Trujillo a short-term incentive of $A5.2 million.

Last financial year Mr Trujillo pocketed a salary of almost $A12 million, a $A3 million increase on his first year in the job, and concern was held that the proposed incentive is more than double that of his industry peers.

In defence of the report, Mr McGauchie said shareholders would be well served by a remuneration plan designed to drive Telstra Australia’s five-year turnaround strategy.

However, Stephen Matthews, deputy chairman of the Australian Shareholders Association, said Telstra Australia faced damage to its reputation if it did not address the concerns. The board should seriously consider the transparency of the remuneration report.

3 Responses to "Telstra Australia board spits the dummy"