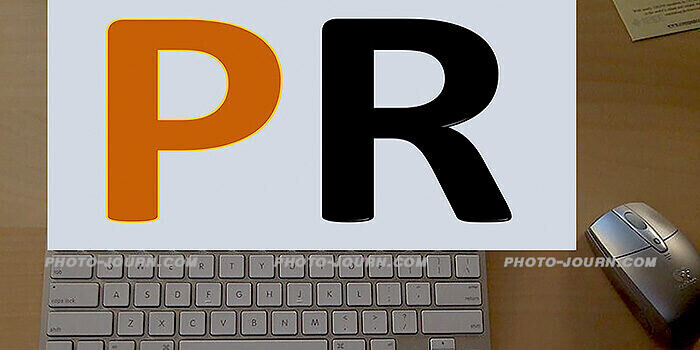 The relationship between public relations representatives and journalists has always been a tenuous one at the best of times, but one can only wonder at the level of total incompetence and bizarre actions of Telstra Australia in its dealings with the media.

Earlier this year Australian Personal Computer (APC) magazine web editor, Dan Warne, published details of a survey conducted on Telstra Australia’s Now We Are Talking (NWT) website (http://www.nowwearetalking.com.au) that showed almost 100 per cent of respondents felt it was Telstra Australia’s fault that Australia did not have a high-speed broadband network.

Prior to publishing the story Mr Warne contacted the Telstra Australia PRO responsible for the blogsite and asked for some basic statistics, including visitor numbers and the composition of the audience.

The next day the story, titled What Telstra didn’t want to hear appeared in ACP magazine (http://apcmag.com/comment/reply/6078#comment_form).

Given that NWT is a patronising and self-serving website that Telstra Australia uses to push it’s own barrow in its ongoing fight with the government and others in the telco market, the result of the poll was definitely not what Telstra Australia was hoping to achieve.

What was surprising was that the telco-sponsored site allowed the survey to continue to such a point before it deleted all trace of it, as it does with similar comments that fail to support Telstra Australia’s goals and aims.

Mr Warne said that as a result of the story he was deluged by vitriolic emails from Rod Bruem, Telstra Australia’s then editor-in-chief for blogging, that accused him of having manipulated the poll results, being a liar (because he hadn’t warned Bruem he was writing the story), and of not being a journalist.

As Mr Warne quite rightly points out, a journalist doesn’t need to ask a company’s permission to write a story about them.

Equally so, not every story a journalist writes about a company will be favourable and any PR person or company director who thinks otherwise has their head well and truly buried in the sand.

In this instance it was information from Mr Bruem that NWT received 100,000 unique visitors per month that added credibility to the poll results that Mr Warne was writing about.

It’s equally fair to say that any competent PRO would have taken one look at the survey results and immediately known that such a negative response from what is supposedly a supportive website presented a major PR problem.

In fact the advertisements are so numerous that the PR industry must be either the most fluid industry sector in Australia, or every organisation, company and group believes it need a publicist to get its message across.

Without fail almost all of them stipulate a requirement of “must have strong media contacts.”

The supposed head-hunting gurus who draft these advertisements, often complete with typographical and grammatical errors, seem to believe that a public relations person with strong media contacts will be able to ensure a company’s positive story is published, or likewise, ensure a negative article is not. Such notions are purely ridiculous.

Among what a good public relations or media relations practitioner is able to do is to identify a company’s strengths and focus on aspects of an organisation that are unique or newsworthy.

At the same time a good practitioner will also advise a company on areas where it is exposed to bad media coverage, advise it of its level of exposure, and have ready a plan or statement to reduce the corporate damage as much as possible.

Launching a tirade of abuse at journalists is neither an effective or professional public relations strategy.

For any public relations officer to react in such a manner is not only childish, but also highlights the inability of that person to come up with an adequate strategy to counter the negative story they are complaining about.

The obvious response in this instance would have been to attempt to prove the survey had been sabotaged or deliberately manipulated and presented some facts to support the claim.

To accuse a journalist of doing so is ridiculous.

Mr Warne is not the only person to suffer a vitriolic attack from Mr Bruem or the NWT website he was responsible for.

Earlier this year NWT attacked Australian Competition and Consumer Commission chairman Graeme Samuel, claiming: “Under his watch, investment in fixed telecommunications infrastructure has sunk to record low levels, while all the time Mr Samuel has steadfastly refused to admit there is any problem with regulation or indeed the regulator itself.”

He has also vitriolically attacked Pam Williamson and the entire Fairfax media organisation, as well as the ABC’s Kerry O’Brien and a whole host of others whose job it is to write articles that are often critical of Telstra.

Mr Bruem’s attempts to prove he has a pair by attacking all and sundry in the media seems to have had some results.

Earlier this year he was appointed media and communications assistant to Tesltra Australia ceo Sol Trujillo, a move that has seen a marked decrease in the organisations rabid attacks on Australia’s journalists.

Interestingly, almost all the posts by Mr Bruem on the NWT website have also been deleted.

Earlier this year Mr Warne took the brave step of writing about the relationship between journalists and PROs.

Titled The PR Industry meets journalism: down the rabbit hole, the article makes for interesting reading and provides a unique perspective of the relationship seen from the journalists stand point.

It should be compulsory reading by all involved in public relations, as well as the recruitment gurus who pen the sometimes ridiculously worded job advertisements and the people who brief them.

In part it describes, “the intense fawning, cajoling flattery from the staggeringly vast army of PR professionals that spend their days sucking up as hard as they possibly can to journalists”, as well as “the extraordinary freebies and gold-plated service that journalists get.”

Perhaps the whole point of Mr Warne’s blog, and the thing that many PROs or their corporate masters totally ignore, is best summed up by when he says: “What they need to realise is that there’s a strong correlation between the quality and value of their products or services and what I write‚ rather than a correlation between how gushing their PRs are.”

Mr Warne’s article on public relations and journalism relationships, along with a variety of comments from people on both sides of the PR/journalism divide can be read at: http://danwarne.com/the-pr-industry-meets-journalism-down-the-rabbit-hole/.

eBay: Lots of profit but no responsibility