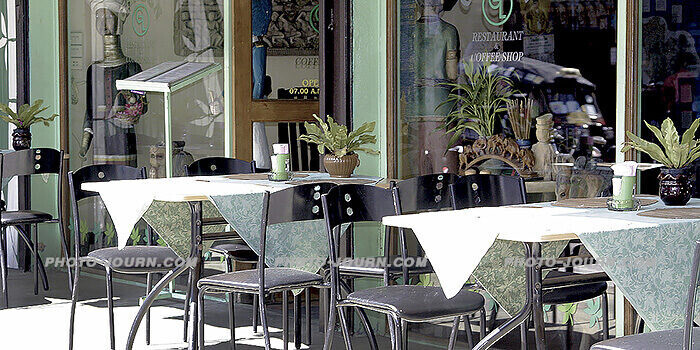 Widely know as the Land of Smiles, or simply LOS, these days there are very few people smiling in Thailand as the ongoing political turmoil deteriorates by the day.

From the northern city of Chiang Mai to the southern holiday island of Phuket, tour operators and owners of businesses in the tourism sector are already writing off this years peak season and calculating whether their reserves will last through to next year.

Since the “anti-government” “Yellow Shirt” People’s Alliance for Democracy (PAD) protesters seized Bangkok’s Government House in August, tourism arrivals have stalled to the point that the country will be lucky to achieve the 14.6 million foreign visitors it attracted in 2007.

Tourism in Thailand accounts for more than six per cent of GDP, or around £10 billion in revenue, so reports that international arrivals in September were 16.6 per cent down compared to last year are cause for alarm.

Why LOS has lost its smile

Coupled with the global economic situation and plummeting value of the British pound and it’s easy to see why LOS has lost its smile.

The Khao San Road precinct of Bangkok has long been a melting point for backpackers. However these days tourists, whether backpackers or those with more money to spend are few and far between.

In his travel agency on Khao San Road, David Tayler, owner and managing director of justdiveit.com looks out his window where the normal sea of western holidaymakers and backpackers has been replaced by ordinary Thais going about their business.

While foreign tourist have not completely disappeared from this epicenter of Bangkok’s tourism sector, he says the since the PAD protests started in August there has been a marked drop-off in travellers in the area.

According to Mr Tayler the slump in arrivals has already seen some travel agents close, while the reduction in high-end package tourists and Asian tourists has reached critical levels.

Jusediveit.com is directly affiliated with Buddha View dive resort on Koh Tao and Worldwide dive and sail in Phuket. Both of these resort areas have also been extremely hard hit.

Peter Lloyd, a former London city lawyer and retiree in Pattaya said he was surprised by the empty resorts and beaches he encountered on recent visits to Jomtien and Pattaya, as well as to Hua Hin and Ko Tao even before the seizure of Bangkok’s airports by the Yellow Shirts.

“Russian tourism has always seen as the salvation to anything bad in Thailand but that is already severely down on last year.

“My view for the short term is there will be no high season this year”.

This view is echoed by Bangkok travel agent Ted Loh, of Traveldee.

“The short term outlook for tourism is not particularly bright, given the disruptions in Thailand, combined with the worldwide economic downturn,” he said.

The situation will hopefully be resolved shortly and visitors will continue to realise the value of a holiday in Thailand so I expect that the industry will recover towards the end of the high season,” he added.

However both Mr Lloyd and Mr Tayler tend to take a more pessimistic view.

Mr Lloyd believes that for the medium term the political crisis in Thailand will continue to detrimentally impact tourism across all sectors, from beach vendors to luxury hotels and developments.

While Mr Lloyd believes that long term, the Thailand tourism industry will spring back as it has following SARS, the Avian Influenza outbreak, and the 2004 Asian Tsunami, he admits this might take a year or more.

A similar view is held by Englishman Simon Luttrell, owner of the Phuket Airport Hotel and a volunteer with the Phuket Tourist Police.

While Mr Luttrell doesn’t expect his business to be affected significantly because of the nature of his business, he expects hotels and resorts catering to holiday makers to be badly hit.

“Next year will be particularly bad. Tourists will not easily forget this incident (the seizure of Suvarnabhumi Airport), nor the closing of Phuket Airport by PAD protesters in September.

“If there is further unrest in Bangkok I suspect many tourists will look elsewhere for their Asian holiday”.

Longer term he expects Thailand will return to the holiday list for a lot of tourists, however those who have been directly inconvenienced now, might very well never come back, he said.

Apichart Sankary, president of the Association of Thai Travel Agents (ATTA), said the PAD protests and seizure of both Bangkok airports will have a massive impact on the industry.

“Don’t think that the Thai tourism business will grow next year. It’s dying now because of the political problems. In the best case, we might just see flat growth”, Mr Apichart said.

The English Daily Telegraph story taken from this article can be read here:

One Response to "Thailand loses its smile"