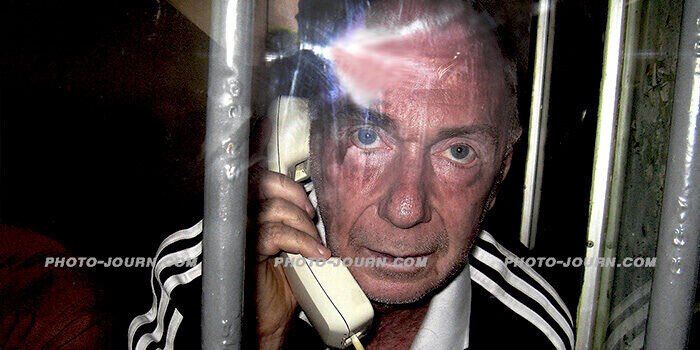 The family of an American tourist murdered in the popular Northern Thailand tourist destination of Chiang Mai have reacted angrily to Monday’s provincial court ruling that means his killer will serve less than three years in jail and called on Americans to boycott Thailand as a tourist destination.

Sandra Fall, mother of murdered Hawaiian resident Gary Bruce Poretsky said via email,”I cannot even celebrate the conviction. I have lost a son and this person will be free to walk the streets. Is that justice or what?

Mrs Fall’s daughter, Sylvia Poretsky, has similarly fired off angry e-mails to powerful former republican politician and speaker of the US House of Representatives, Newt Gingridge, as well as to vice president Dick Cheney, CNN, and all major US newspapers.

US Embassy Bangkok slammed over inaction

“No wonder Americans lack pride. Their own government does not have pride or self-respect. The family has had to beg for every piece of information that we have received from the US Embassy and they didn’t even bother to alert us to this trial taking place”.

Ms Poretsky told the recipients, “my future votes are going to be cast for Americans who stand up for their citizens. Maybe, nothing can be done for my brother, but a lesson should be learned from his death. We must alert Americans not to go to countries that treat our citizens like dirt”.

In her emails Ms Poretsky calls on the recipients to, “join me in getting this story out to all Americans, who love to travel and spend their hard earned money supporting countries, who don’t give Americans justice. See how well these countries do without our money.

“Let Americans know that they are not safe. Bring back American pride. Help America stand for something again”.

Mr Poretsky’s cousin, Mitch Nollman, was also incensed at the sentence and fired off letters to powerful US democrat senator and former US presidential candidate John Kerry, as well as to senior democrat senator Edward “Ted” Kennedy.

According to Mrs Fall, the four year sentence with a 50 per cent reduction because the killer pleaded guilty makes a mockery of the word justice. “Does that mean that anyone in Thailand can commit murder and only receive a two year plus sentence?”

On Monday (August 18) the Chiang Mai Provincial Court heard how 46-year-old Gary Bruce Poretsky was visiting Thailand to take advantage of the high quality, but low priced dental treatment available there when he was shot dead in a Chiang Mai restaurant on March 22, 2008 by 61-year-old William Thomas Douglas, formerly of Willetton in Western Australia.

A Thai woman who had befriended Mr Poretsky told the court that Douglas had claimed to be an undercover police operative for the Royal Thai Police (RTP), assisting them in identifying and capturing drug traffickers and users.

She told the court, “he said he had already killed two drug traffickers while working with the police”.

According to Ms Jirawadee, Mr Poretsky didn’t believe him and to prove his point Douglas pulled out a handgun and showed them.

“Douglas then left the table and a few minutes later returned. He pulled out the gun and shot Gary two times in the chest. Gary fell to the ground and then Douglas fired a third shot into his head”, she said in sworn testimony.

In his defence Douglas, who has lived in Thailand for 28 years, claimed Mr Poretsky had antagonised him by criticising the Vietnam War and Australia and Thailand’s involvement in it.

He said he left the table and tried to phone his wife and then when he returned to the table Mr Poretsky had again commented on how “Australia and Thailand are tools of America.

“I pulled out my gun and shot him, but at the time I didn’t know what I was doing”, he claimed.

Chief Justice Chayut told Douglas that “Thai law states that for murder the penalty is death, or between 15 and 25 years imprisonment.

However, when he asked for a sentencing recommendation from Chiang Mai Provincial Public Prosecutor, Sonthaya Kruewate, the reply was “four years”.

Douglas was sentenced to four years imprisonment for murder, one year for having an unregistered firearm and a further six months for carrying a firearm in public.

Because of his guilty plea all sentences were reduced by half. With time already served William Thomas Douglas will be eligible for release in December 2010.

William Thomas Douglas was granted a royal pardon by HM King Bhumibol Adulyadej during the week of June 7, cutting six months off his sentence. He is resisting deportation procedures in order to remain in the kingdom where he is married to a Thai woman.