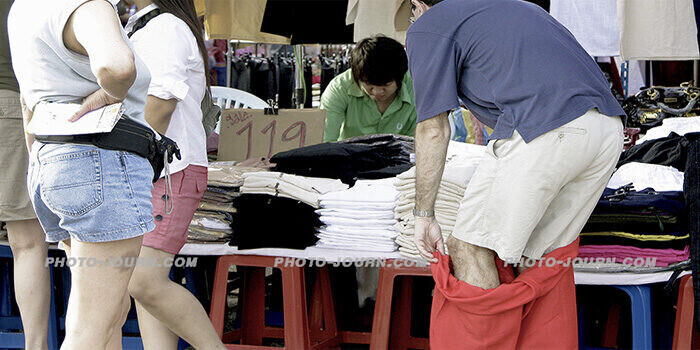 Thailand Prime Minister Abhisit Vejjajiva has targeted the Thailand tourism industry as a priority for reviving the Thai economy in 2009, in a speech to members of the National Economic and Social Advisory Council (Nesac).

In his policies for solving economic and social problems speech, Mr Abhisit said the government needed to boost Thailand economy via tourism, with diversified campaigns aimed at attracting more tourists.

He said since the yellow shirt Peoples Alliance for Democracy (PAD) seizure of Suvarnabhumi Airport last year that had standard hundreds of thousands of international tourists to Thailand there had been a drastic cut in the number of foreign tourists to Thailand.

The highlighting of Thailand’s tourism industry as being vital to the economic revival of the Thai economy by Mr Abhisit comes only days after the Government set a budget of Bt5 billion (about $US141.743 million) in the form of five year soft loans for small tourism operators.

Mr Abhisit also said the government is currently drafting a second economic stimulus package worth Bt1.5 trillion ($US42.523 billion) for projects to be implemented over the next three years, with emphasis on infrastructure, education, public health and the development of water resources.

He said priority will be given to assisting the Thailand tourism sector which has been particularly hard-hit by ongoing political unrest.

Last week Kasikorn Research Centre (KRC), predicted the ongoing political turmoil in Thailand would cost the Thailand tourism industry between Bt50 billion and Bt100 billion ($US1.4 billion to $US2.8 billion) in lost revenue.

According to KRC, if the political turbulence ends quickly Thailand tourism industry losses could be limited to about Bt50 billion, but if the situation remained unstable they could easily double this figure.

That Thailand’s tourism industry has been decimated by the ongoing political unrest is not disputed. Foreign tourist arrivals to Thailand in the first quarter of 2009 were 16 per cent lower than in 2008 and a drop of up to 35 per cent for this quarter is expected.

Kasikorn Research Centre said it expects the Thailand tourism industry to recover slightly in the third quarter, forecasting a drop of only 25 per cent or about 11.7 million foreign tourist arrivals for this year ‚ a drop of almost 20 per cent on 2008.

The KRC forecast is more modest than that of the Tourism Council of Thailand (TCT), which last week said the Thailand tourism industry could see a drop in revenue in 2009 of 35 per cent.

The TCT estimates 275,000 Thailand tourism industry jobs are at stake as a result of inbound tourism dropping from 14.1 million in 2008, to an expected 10.9 million foreign tourists this year.

The slump in the Thailand tourism industry was confirmed by hotel market information specialist STR Global, who announced monthly declines of more than 30 per cent in revenue per available room over the same five month period in 2007-2008.

James Chappell, managing director of STR Global, said the airport closures during the November 2008 PAD protests and foreign governments travel advisories have made visitors more wary of Thailand as a tourist destination.

“Security is a main concern of travellers, and the recent media coverage of violent protests will deter many business and leisure guests contemplating travel to Thailand”.

At the same time as Mr Abhisit was addressing Nesac, the Bank of Thailand was announcing that the Thai economy contracted by between five and six per cent for the first quarter of 2009.

Amara Sriphayak, senior director for the Domestic Economy Department, said exports for the first quarter of 2009 fell by 23 per cent to $US11.4 billion (Bt402.1 billion) compared to 2008, while manufacturing output decreased 20 per cent and private investment shrank 13 per cent.

Dr Amara said the bank’s business sentiment survey showed poorer confidence in both the Thai economy and political stability in the future.

Mr Abhisit acknowledged this in his speech, saying he expects Thailand’s political climate over the next six to seven months to remain fragile as there are some groups vowing to resort to weapons and violence against the government. (See: Red shirts defiant as third hand blamed for Thailand riots and assassination attempt: Thai tourism plummets).

Mr  Abhisit said he was hopeful that the recent political unrest had ended and that solutions would be found through people’s participation to address issues that first saw five Thailand airports seized by yellow shirt protesters last year, a change in government, and then clashes between the Thai military and United Front for Democracy Against Dictatorship (UDD) red-shirt protesters on the streets of Bangkok earlier this month. (See: Songkran battle for Bangkok photo special – April 13, 2009 (gallery) and Thailand political unrest continues as hundreds of thousands rally in Bangkok)

Prior to the protests last year the Thailand tourism industry was the country’s largest revenue earner, accounting for more than six per cent of GDP or Bt 521.7 billion ($US14.78 billion). The protests and closure of airports last year by the PAD saw foreign tourist arrivals to Thailand drop by more than half a million over those in 2007.

Mr Abhisit also said the government had failed to achieve its forecast tax revenue goal with tax levies in March down by Bt2 trillion ($US56.698 billion).

In addressing two of the issues that saw red-shirt protesters besiege Government House and take to the streets, Mr Abhisit said he was open to dissolving parliament after the constitution was amended.