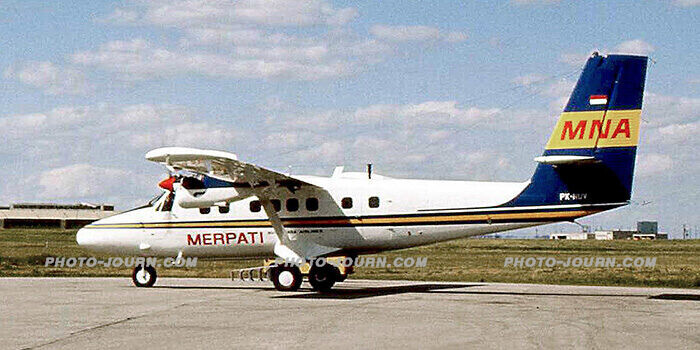 Indonesian authorities have suspended a land and air search for a Merpati Nusantara flight that lost contact with air traffic controllers Sunday morning over the rugged Papua forest in eastern Indonesia until Monday.

The DeHavilland DHC6 Twin Otter aircraft was on a scheduled flight from Sentani, a major airport in Papua, to the Papuan town of Oksibil, when contact was lost about 40 minutes into the 50 minute flight.

Captain Nikmatullah, director of operations for Merpati Nusantara, who like many Indonesians uses just one name, said the flight was carrying 13 passengers, including two babies, and a crew of three.

Indonesian Transportation Ministry spokesman Bambang Ervan said contact with the aircraft was lost while it was flying at a height of 9,500 feet (2,895 meters) over the heavily forested Papuan terrain.

Indonesia, a country comprised of more than 18,000 islands, relies heavily on air and sea transport and has seen a number of air crashes in recent years.

Travel by aircraft is the only way to travel around Papua, much of which is covered with impenetrable jungles and mountains. In the past, crashed planes there have never been found.

However, all other Indonesian airlines, including Merpati Nusantara, remain on the list.

Indonesian Police and the military will join the search at first light Monday, with the air search being hampered by poor weather conditions in the region.