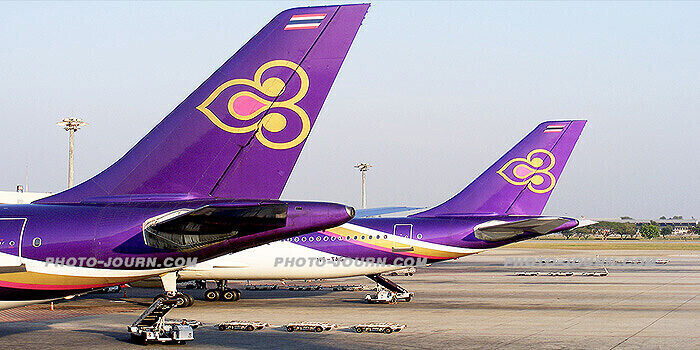 Thai Airways International (THAI) has announced its intention to lease an additional 15 aircraft to service long-haul and regional routes by 2014.

The 15 dry leased aircraft are in addition to five A330-300 aircraft already ordered by THAI which will enter service this year and a further six A380 aircraft schedule to enter the fleet in 2012 and 2013.

The THAI chairman also said the airline will continue to focus on reducing non-fuel expenses by about Bt12 billion ($US361.8 million) this year and on other operational areas aimed at the airline becoming profitable in 2010 as scheduled.

The acquisition of the 15 additional aircraft comes on top of an announcement last December that the airline plans to retrofit 12 aircraft at a cost of Bt4.5 billion ($US135.7 million) as part of a fleet renewal plan.

In 2008, THAI, for the first time in its 49-year history, reported an operating loss of around Bt21 billion ($633.3 million) – primarily blamed on poor fuel-hedge pricing strategies that saw it paying above market price after fuel prices dropped from previous record highs.