The Best Spinner: an essential tool for all freelance journalists 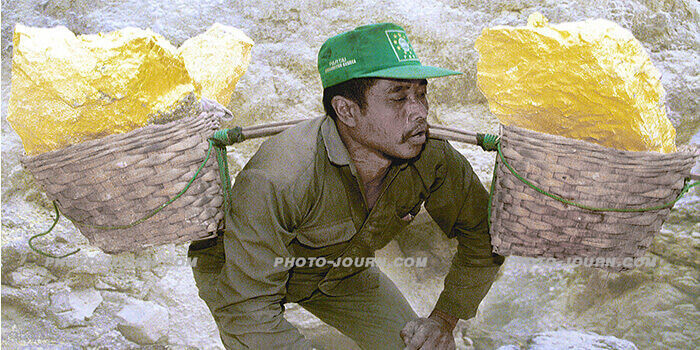 Freelance journalism has always been a challenging career choice and the global economic contractions of the last couple of years has only served to make the task of keeping food on the table even more difficult. The answer is to work smarter and not harder by generating multiple sales from the time spent researching one story. Article spinning is the way to go and here I take a look and review The Best Spinner, article spinning software for journalists and text spinning software for professional writers.

According to MediaFinder, an online database of US and Canadian publications, 433 magazines stopped print publication in 2009, while the first nine months of 2010 has seen 127 closures.

Though these figures are well below those of previous years — 26 in 2008 and 573 in 2007 — the increasing list of print publication casualties has seen some well established publications shut-up shop, while there is an increasing tendency for new publications (176 new titles in the first nine months of 2010) to fold shortly after their debut.

With publications closing at an alarming rate, along with increasing competition for advertising dollars from online publishing sources, most publications have either significantly reduced, or cut entirely, their budgets for freelance contributions. With payments diminishing spinning one article into several others for multiple sales is now a necessity for journalists and professional writers.

Though online publications have provided freelance journalists with a new market for their work, the rapid emergence of “writer sweat shops” in the Philippines and India where articles are churned out at a rapid rate for as little as $1 per story, the opportunity for freelance journalists to fill the gap left by closures in traditional markets is both highly competitive and far from lucrative.

Though there are some online publishers who focus on quality articles and are prepared to pay significantly more that $1 per story, the competition is fierce, and the amounts paid are generally still well below what print publications were paying three to five years ago.

The answer for professional freelance journalists who wish to maintain a lifestyle above the poverty line is to either write more stories, or increase the number of times a single story is sold.

Any professional freelance journalist knows that writing a story of any depth and meaning, with the exception of spot news, requires at least several hours of research and several more for writing and editing. This makes the former difficult, while the propensity for editors to insist on original copy while paying increasingly less for their content makes the latter just as difficult.

After all, professional journalists attempt to write their story in the best possible manner the first time round and having to sit down and rewrite the same story to an equally high standard can be just as time consuming, while the rewards are not always worth it.

Help for freelance journalist at hand

Help is at hand though with text spinning or article spinning software producing quite good results.

For several years now the authors of several software applications have claimed to have products with the ability of spinning stories, or churning text  — taking one piece of text and through the use of synonyms and various algorithms spitting out a similar story of equal or near equal quality as the original.

The benefits of software that can take a piece of text and spin out a unique, high quality derivative has not been lost on website content producers and search engine optimization (SEO) practitioners who strive to ensure their content is unique to improve their search engine rankings and avoid the penalty that Google and other search engines apply to duplicate content.

Likewise students desiring to complete thesis’s have been attracted to this software also, as it means more hours can be spent on the beach or partying than actually researching and writing the papers required.

Journalists, however, have largely ignored text spinning and article churning software because the results produced have either been total crap, or they have been unaware of its existence.

While I generally refrain from endorsing or promoting products in this newsblog (See: Blog disclosure policy) and generally only provide outbound links to websites mentioned in articles published in stories I am making an exception for this software.

The output displayed on the The Best Spinner Review samples page will show why.

The Best Spinner is text spinning, article churning, or article re-writing software that has the capability of enabling freelance journalists to earn multiple sales from one story, while also meeting the demands of editors and publishers for original content.

For those writing for the web, or involved in SEO, The Best Spinner is a godsend. While the results are not perfect, The Best Spinner, despite its cheesy direct sales website, produces by far the best spun text articles of any software that I have seen.

More importantly, tech support for The Best Spinner is outstanding. Prior to testing I fired a number of questions off to technical support. Each question was responded to in less than 24-hours, while responses I made to the technical support department replies were answered in as little as 11 minutes. Now that is truly impressive by anyone’s standards.

Following the link to see six variants of the same story on The Best Spinner Review samples page. Beneath the original story you will also see the spun articles that were produced after automatic text spinning and after one hour of manual article spinning.

The six variants are the first produced, though I could have just as easily asked The Best Spinner to produce up to 250 spun variants. The spun text articles are exactly as produced and include a Copyscape check result for each variant.

The Best Spinner can automatically generate a list of synonyms in just a few seconds, which can be seen in the first sample. This method produced a 20 per cent difference. Not too bad for a few minutes work.

However, to gain the most benefits from article spinning software a journalist or professional content writer should invest a little  time in manually going through and selecting as many synonyms from the supplied database, as well as adding their own.

While The Best Spinner is not perfect, the output is in my opinion, extremely good, and something a professional freelance journalist will quickly be able to edit into shape for a second, third or fourth sale, while meeting the demand for original material with English, Spanish, French, German and Italian languages catered for.

If you are as impressed by The Best Spinner as I am, click on this hyperlink to visit The Best Spinner website and watch the video on how easy it is for a professional journalist or writer to spin stories into multiple original versions.

Footnote: January 1, 2011: Since writing this review Jonathan Ledger has added a number of new features to The Best Spinner that are truly impressive. He has also unveiled Instant Article Wizard which goes even further in allowing people to generate articles about subjects they know nothing about.

4 Responses to "The Best Spinner: an essential tool for all freelance journalists"