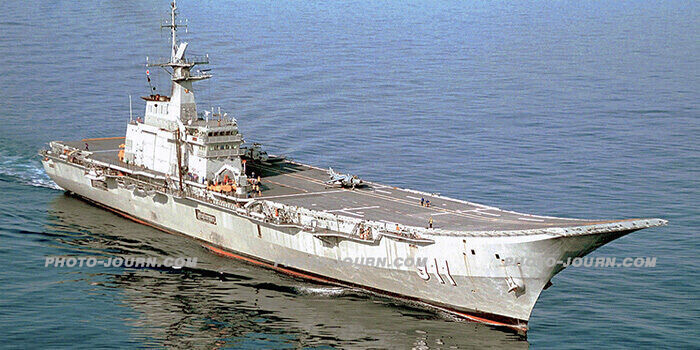 Foreign governments are warning travellers to Thailand to exercise a “high degree of caution” as floods, mudslides, and the closure of airports and coastal boating services to popular southern holiday islands see the Thai navy sent to evacuate tens of thousands of foreign tourists and residents.

A Smarttraveller update issued by the Australian Department of Foreign Affairs and Trade (DFAT) at 4.15pm on Thursday, March 30, advised that “weather reports indicate that heavy rains will persist for the time being”.

The disruption to regular flights and coastal boating services has seen supplies on many of Thailand’s popular resort islands run low, with the Royal Thai Navy (RTN) dispatching it’s flagship aircraft carrier, HTMS Chakri Naruebet, as well as the HTMS Bangpakong, the HTMS Sukhothai and the HTMS Longlom, to assist in the evacuation of residents and tourists.

More than 13,000 foreign tourists and residents are reportedly stranded on the island of Koh Samui, with additional tourists stranded on Phang-nga, the islands off Krabi, the Similan and Surin islands, Kho Tao, and Kho Lao.

Residents on Koh Phang-nga report roads, beachfront and land have been washed away as a result of the weather, with many resorts and homes being inundated by flood waters.

According to Thailand’s Disaster Prevention and Mitigation Department (DPMD) 842,324 residents in eight southern provinces have so far been affected by severe flooding, with rail services from Bangkok to southern Thailand being suspended at Thachana Station, Surat Thani.

The Emergency Medical Institute of Thailand said Thursday that floodwaters affecting the provinces of Chumphon, Surat Thani, Nakhon Si Thammarat, Phatthalung, Trang, Krabi, and Songkhla had so far claimed 20 lives. Another 20 people are missing after a massive mudslide swept away up to 50 homes in a village in Khao Phanom district of Krabi Province.

In Nakhon Si Thammarat the airport remains closed, while Surat Thani’s Samui Airport is opened periodically, depending on weather forecasts.

Thasala Hospital in Nakhon Si Thammarat has resumed outpatient services, but inpatients who were transferred to nearby hospitals have not yet returned due to faults in the hospital electrical system.

Yesterday more than 600 people were evacuated from Koh Samui by national flag carrier Thai Airways international (Thai) on three flights, while about 2,000 people were flown out on 19 flights operated by regional carrier, Bangkok Airways.

Thailand Prime Minister, Abhisit Vejjajiva, said the Government was ramping up the delivery of relief supplies to the southern provinces, including dispatching mobile medical units from the Ministry of Public Health (MOPH) and the establishment of a 1669 telephone hotline for those in flood affected areas needing urgent medical assistance 24/7.

Mr Vejjajiva said local government administrators in Thailand provinces currently experiencing heavy rain have been instructed to take pro-active steps to minimize damage, the loss of life and property, as well as warned of the dangers of flash flooding.

In the Andaman Sea small vessels have been advised to remain in harbor, with waves up to four meters making boating conditions hazardous.

As of midday Thursday the DPMD were advising that 1,500 roads and 64 bridges had been damaged by the Southern Thailand floods, with 27 sections of highway impassable.

The Ministry said on Thursday that the inclement weather had affected 111,000 farmers and 6,000 fishermen, with 7,400 fish farms damaged and more than two million head of livestock affected. Concern is also held for fruit farmers, with durian, rambutan, and longkong, all due to bloom in the next few weeks.