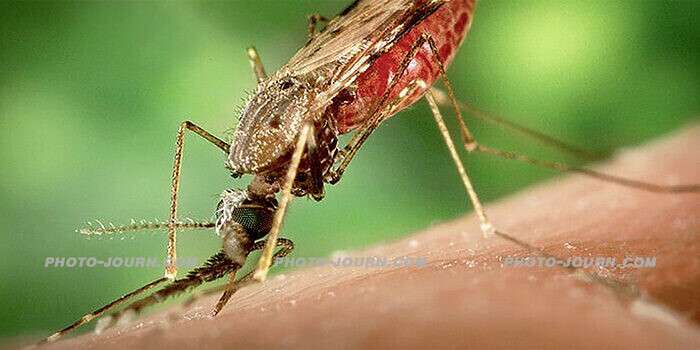 A researcher at Thailand’s Department of Medical Sciences’ National Institute of Health (NIH) has found that a single mosquito can carry two different strains of the dengue fever virus, with larvae inheriting the disease from their mothers.

The finding coincides with a warning by the NIH that it expects there to be a serious dengue fever outbreak across the country this year due to the recent extreme changes in the weather. Figures from Thailand’s Ministry of Public Health (MOPH) show that in 2010 24,816 cases of malaria were reported nation-wide.

NIH researcher, Usavadee Thavara, studied 25 Thailand provinces with reported dengue fever outbreaks between 2006 and 2010 and found that the females of two species of mosquitoes, Aedes aegypti and A albopictus, were responsible for spreading the four strains of the disease.

Dengue fever passed from mother to the next generation

Whereas previously both species of mosquito were only active during daylight hours, they now were also equally active at night.

According to Dr Thavara, larvae samples collected from dengue fever outbreak zones showed the dengue fever virus was passed from the mother to the next generation, with one mosquito capable of carrying two different strains of the disease.

The findings put an end to the theory that mosquitoes contract the virus from the blood of an infected host, before continuing on to spread the disease.

In recognition of the value her study of the biology and infection rate of dengue fever carrying mosquitoes had provided, the NIH presented Dr Thavara with an award for outstanding research.

The research findings coincide with a report by NIH scientist Apiwat Thawatsin, that 2010 saw a doubling of dengue victims in 2009, with 113,017 reported cases. Deaths from the debilitating disease increased by 78 per cent to 139 people.

Dr Thawatsin said the research findings make the removal of areas where mosquitoes could breed even more vital, while standing water should be treated with the larvicide temephos, an organophosphate insecticide commonly referred to by the trade name Abate, in Thailand.

Coinciding with the announcement by the NIH, the MOPH were announcing figures for malaria throughout the kingdom, with the number of reported cases for the first three months of 2011 decreasing over the same period in 2010.

Director of Thailand’s Bureau of Vector-Borne Disease (BVBD), Dr Wichai Satimai, said there had been a total of 5,540 confirmed cases of malaria in Thailand between January and the end of March 2010, with 2,320 Thais infected, a drop of 44 per cent of the same period in 2010. There was an additional 3,220 non-Thais, a drop of 19 per cent over over the same period last year.

“As a result, the incidence of malaria in Yala Province has increased from 30 cases a year to 3,000 annually over the last several years”.

Dr Charles Delacollette, manager of the World Health Organization’s (WHO) Mekong Malaria Elimination (MME) programme, said the number of malaria cases in Burma had increased to more than 400,000 in 2009.

“If there is no collaboration between Thailand and Burma they are going to fail in disease prevention”, Dr Delacollette said, while noting that there is declining interest from governments and donors in malaria control and prevention programmes.

Dr Satimai said that while current indications were good, poor community participation and involvement had led to inadequate public awareness of risks of malaria, while reorganization of public health staff nationwide and an inflexible malaria surveillance system were hampering controlling the disease.

Sounding a similar warning as Dr Thawatsin, Dr Satimai said the risks of increasing cases of malaria in Thailand were higher this year because of the erratic weather recently, while the approaching wet season of May through July was a period his agency monitored intensely.

“People cannot be complacent. They must search for and destroy anywhere mosquitoes can breed around their property. If people actively did this it would have a dramatic effect on the incidence of mosquito-transmitted diseases.”

Symptoms of dengue fever and malaria

Malaria and dengue fever often exhibit identical symptoms, with the former the result of a parasite and the latter a virus. Though reliable and inexpensive tests exists to confirm malaria, a reliable test for dengue has not yet been found.

Symptoms for malaria and dengue fever appear about eight to 30 days after a bite from an infected mosquito, with no tested and approved vaccine for the dengue flavivirus.

For malaria doxycycline and a combination of atovaquone and proguanil hydrochloride (Malarone) are the best tolerated prophylactics, with mefloquine (Lariam) associated with higher rates of psychiatric and neurological symptoms.

Typical dengue fever infections last between two to seven days, with a smaller peak of fever at the trailing end of the disease. Attacks of malaria can occur for years if it is not diagnosed and treated.

Symptoms for both diseases are very similar to influenza and can vary in intensity, but include fever, bad headaches, muscle and joint pains, skin rashes, and overall weakness in the body.

Due to the risk of bleeding with dengue hemorrhagic fever (DHF), people in dengue fever areas who exhibit symptoms should not be given aspirin, though paracetamol is okay, and should seek immediate medical treatment.

According to the WHO there were more than 225 million cases of malaria in 2010, resulting in the deaths of about 781,000 people. It is estimated there may be 50 to 100 million dengue infections worldwide every year, including 500,000 DHF cases, resulting in about 22,000 deaths.

Thailand’s BVBD maintains the Journal of the Vector – Borne Diseases website with a large amount of information, documents and a discussion forum.

While full reports are available in Thai language only, precise are provided in English language. See the US CDC website for more information on malaria and dengue fever.