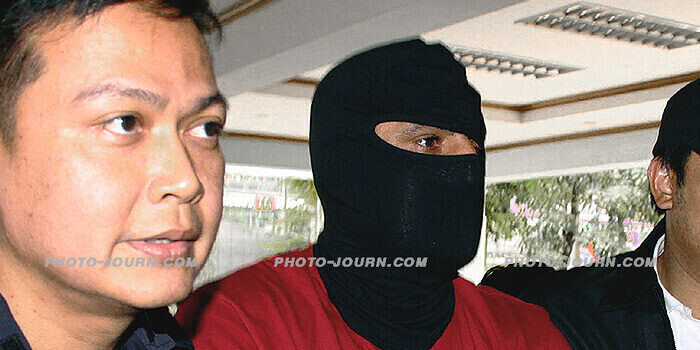 A Bangkok terrorism alert issued by the American embassy in Bangkok and at least 14 other nations which has been continually downplayed and criticised by Thailand officials is gaining credibility day-by-day, while proving to be an increasingly face-losing embarrassment for the country and its political leaders.

A report today by the highly respected award-winning intelligence and security news service Debkafile adds additional credibility to the Bangkok terrorism alert, claiming Hezbollah planned to explode a bomb at Beth Habad Bangkok, mimicking al Qaeda’s 2008 attack in Mumbai which killed 8 Israelis, while up to two other terrorism cells were to strike simultaneously in the “Khao San Road restaurants popular with Israelis and Americans”, repeating the catastrophic 2002 Bali bombing that killed more than 200 people. (Ed: A Chabad house is a center for disseminating Orthodox Judaism)

The Debkafile says Lebanese nationals living in Bangkok were approached to support the Bangkok terrorism spree, but instead notified Israeli and other foreign embassy intelligence agencies due to doubts Thai authorities would act.

Last Friday, January 13, the American embassy Bangkok issued an “Emergency Message to U.S. Citizens” titled Possible Terrorist Threat in which it said, “foreign terrorists may be currently looking to conduct attacks against tourist areas in Bangkok in the near future”.

That the seriousness of the alert failed to become immediately apparent to the Thailand Government was reflected in the responses by everyone from the prime minister down, with Thailand Foreign Minister Surapong Tovichakchaikul threatening retaliation against foreign embassies that issued the Bangkok terrorism alert.

Following the arrest of what unexplainably later became only one person, Thai officials appeared to line up to demonstrate their inability to comprehend the gravity of the situation, led by Prime Minister Yingluck Shinawatra and Mr Tovichakchaikul who insisted the Bangkok terrorism alert was “nothing unusual”‚ before the suspect(s) had even been interrogated.

Mr Tovichakchaikul said he was “disappointed and unhappy” that the USA, Israeli, Canadian, and Australian embassies in Bangkok had issued the Bangkok terrorism alert without discussing it with the foreign ministry first, claiming he would be asking the respective foreign ambassadors for an explanation.

However, despite lots of huffing and puffing publicly Mr Tovichakchaikul relegated the chastising of foreign diplomats to the ministry’s permanent secretary, Sihasak Phuangketkeow, who is said to have told the US embassy’s deputy chief of mission Judith Cefkin, the Bangkok terrorism alert should have been handled with more “caution and discretion” as such actions could have serious impacts on Thailand.

Deputy Prime Minister in charge of security affairs, Kowit Wattana, said the government will ensure the people’s safety and that they need not be concerned about the terrorist warnings issued by several foreign governments, while Thailand’s powerful army chief, General Prayuth Chan-ocha, said undue panic could affect the country’s business sectors, particularly in this high season of tourist arrivals.

Amongst the various statements have been that 48-year-old Atris Hussein, admitted to being a member of Hezbollah, though “not the militant arm“; that positively, absolutely no terrorism attacks were planned for Thailand; that the group had cancelled its plan to attack targets in Bangkok after Thai authorities became aware of them.

According to the Debkafile, Mr Hussein admitted “he was on a mission to attack Jewish, Israeli and American sites and that explosive materials had been prepared in advance by another Hezbollah team, which had pinpointed the targets and was to have briefed the perpetrators while being interrogated on Sunday.

On Tuesday, January 17, Mr Hussein led a posse of more than 200 police to a shophouse in Samut Sakhon, about 45km (28 miles) from Bangkok, where 4,380kg (9,656lbs) of urea fertiliser and 260 liters (68.68 gallons) of ammonium nitrate were found in a building the group had rented since January 2010. (Ed: Ammonia nitrate was used in the 1995 Oklahoma City bombing which killed 168 people while al Qaeda have used fertiliser-based bombs for attacks on synagogues, the British consulate in Istanbul, and other targets)

According to Thailand’s national police chief Priewpan Damapong, Mr Hussein denied the chemicals were destined for a terror attack in Thailand, but instead were destined for shipment to Africa, however, sources close to the investigation said Mr Hussein claimed he used to drive around the capital taking photos of key sites.

While Thailand continues to downplay the seriousness of the Bangkok terrorism threat in an attempt to protect its precious tourism industry, said to have attracted more than 19 million foreign visitors spending about Bt734.59 billion ($US23.107 billion) in 2011, the Debkafile report, if accurate, raises the specter of a calamity so great that the Thai government should be grateful the warnings were issued.

When Bangkok’s Santika nightclub caught fire on New Years Eve 2009 67 people were killed and more than 200 injured, with Bangkok’s notorious traffic preventing firefighting appliances from getting to the scene rapidly.

Located in Soi Sukhumvit 20, Beth Habad Bangkok includes a hostel housing dozens of tenants and according to the Debkafile the plan included blowing up the building and the taking of hostages, while a second terrorism team was to have implemented a reign of death, and carnage in the popular Khao San Road backpacker section of Bangkok along the lines of the bombing committed by Jemaah Islamiyah in Kuta, Bali on October 12, 2002.

This is not the first time that Thailand has played fast and loose with the facts when it comes to international terrorism.

In 2001 following the terrorism attacks in the USA the government of then prime minister Thaksin Shinawatra (elder brother of the current prime minister) denied emphatically there were any terrorist cells operating in the Southeast Asian kingdom.

In 2003 these comments came back to bite the country on the bum when one of the masterminds of the horrendous 2002 Bali bomb, Jemaah Islamiyah chief Riduan Isamuddin, alias Hambali, was arrested in Ayutthaya and told interrogators Thailand had been a base for planning the Indonesia bombing.

Ed: Debkafile states Bangkok terrorism alert suspect Mr Hussein was arrested on his arrival in Bangkok and that only 10 gallons of ammonium nitrate were found, while the Thai version is that he was attempting to depart and significantly more ammonium nitrate was seized. Comment has been sought from Debkafile.

On March 11, 1994, a six-wheeled truck collided with a motorcycle, knocking the driver to the ground. As is common in Thailand, the driver ran from the scene, abandoning the truck which Bangkok police towed to an impound lot where they opened it and found a large water tank packed with explosives, along with the corpse of the original truck driver.

Thai authorities arrested Iranian national Hossein Shahriarifar a few weeks later as he attempted to enter Thailand from Malaysia on a false passport.

Mr Shahriarifar was sentenced to death in 1996, but in 1998 the Thailand Supreme Court overturned the earlier verdict claiming the evidence was unreliable and he was released, much to the delight of the Iranian embassy who had lobbied hard on Mr Shahriarifar’s behalf.

Jan 19, 2012
An eMail received from Debkafile since this article was published states: Our sources confirm the point you raised, the most important of which is his arrest on arrival. This only raises further questions on what the truth really is concerning the Bangkok terrorism alert issued by foreign embassies in Bangkok on January 13, 2012.

He says he and his family returned to Lebanon in 2005 and since then he has been involved in legitimate business transactions and denies being a member of the Hezbollah group.

He says he returned to Thailand to check his warehouse following the 2011 Thailand flood and to finalise a business shipment to Liberia. He says he was detained while attempting to depart Bangkok, and that the fertiliser found in his shophouse in Samut Sakhon does not belong to him.