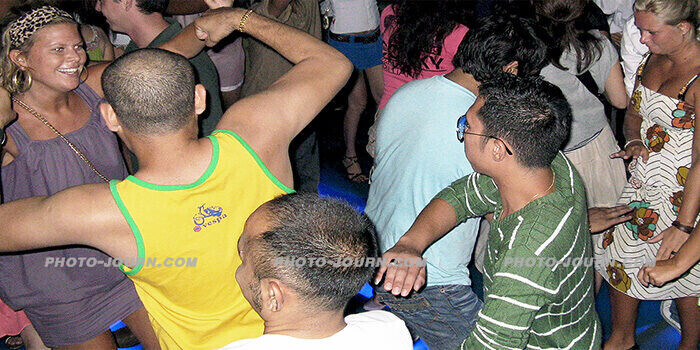 Chiang Mai might be Thailand’s second largest city but anyone who has visited the northern tourist destination would hardly describe it as having the liveliest nightlife in Thailand.

The more popular nighttime entertainment venues pump out a predictable but somewhat boring blend of commercial hip hop and dated trance, while the plethora of medium sized bars tend to concentrate more on reggae and rock – with more than a handful focusing on live bands of varying quality.

The city’s infamous beer bars, popular mostly with expatriate and tourist males due to the abundance of young (and not so young) beer girls tend to concentrate on loud, as opposed to any particular genre of music.

This all changed last week when the efforts of a group of dedicated and talented local Thai DJs pooled their resources and talents to open Chiang Mai’s first true dance club.

It’s been a long time coming but Chiang Mai finally has a dance club that breaks with traditions and plays the sort of music club goers and party people get to hear in other Thailand tourist destinations and certainly what some of the leading clubs internationally pump out.

No commercial hip hop, loud crashing rock and roll, or laid back reggae in this place. This is pure dance music.

The club is decorated with matte-black painted walls and ceiling, while huge mirrors along all the walls reflect the mirror balls and lasers.

It’s nice and dark and there are comfy sofas to relax on, as well as high tables and bar stools.

Great bar and wait staff and reasonably priced drinks combine with the first class mixing to make Club Grooves the place to go to in Chiang Mai for serious partying people.

While located away from the main Chiang Mai tourist precinct, Club Grooves is still only a short taxi or tuk-tuk drive from the more established venues.

The club itself is not particularly large, but then again boutique clubs world-wide that concentrate on quality music and mixing never are. That said, there is ample room for dancing and relaxing.

Anyone who appreciates first class mixing and the latest in dance tunes should definitely make a note of Club Grooves if their travel plans take them to Chiang Mai.