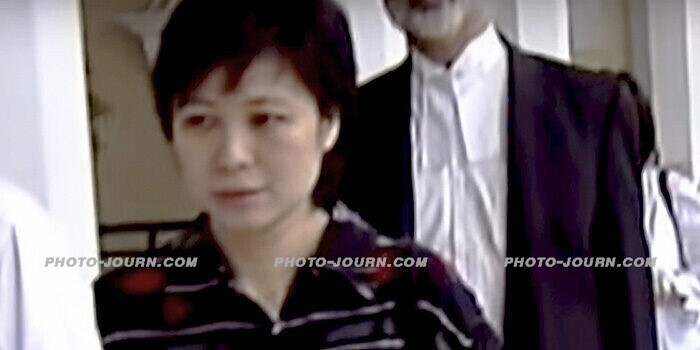 In August 2007 I wrote Death of maid in Malaysia highlights endemic foreign worker abuse which chronicled the widespread abuse of domestic foreign workers (commonly referred to as maids) by Malaysian employers.

The story focused on the murder of 24-year-old Indonesian domestic worker Kunarsih, who used one name like many Indonesians, from Demak in Central Java by Goo Eng Keng and his wife Chen Pei Ee.

Another incident referred to the horrific injuries received by 19-year-old Nirmala Bonat from Kupang, West Timor, from her employer Yim Pek Ha.

Yim was accused of pouring boiling water on Ms Bonat, beating her, and pressing a hot iron on her breasts and back as punishment for mistakes in ironing clothes. Following her rescue Ms Bonat was treated for second and third-degree burns.

As is often the case in Malaysia, one day after the arrest of his wife, Ms Bonat’s employer filed a police complaint against her alleging the injuries were self-inflicted, and also accused her of stealing RM10,000 (about US$2,870).

Yim, a 35-year old mother of four, was released on RM85,000 ($24,300) bail, while Ms Bonat was confined to an overcrowded shelter at the Indonesian embassy in Kuala Lumpur and not permitted to leave the compound until the trial, not allowed to return home until January 2008.

The Malaysian legal system moves at a snails pace ordinarily. Coupled with delays by Yim, the trial didn’t finish until November 27, 2008.

In his sentencing remarks Judge Akhtar said he wanted to impose a “deterrent sentence” to show that “sadistic behaviour… cannot be tolerated in a civil society” and sentenced Yim to 18-years imprisonment on each charge, with the terms to run concurrently.

Quickly out on bail

While human rights advocates might have applauded the courts ruling, the former flight attendant was not destined to spend any long period of time behind bars. The next day Yim was released after her husband, Hii Ik Ting, posted a RM200,000 ($54,850) bail pending an appeal to the Malaysian High Court.

In addition to the bail surety, Yim was ordered to surrender her travel documents and ordered to inform the court whenever she traveled outside of Kuala Lumpur.

According to Yim’s lawyer, Jagjit Singh, the sentence is “excessive because there was no loss of life, no disfigurement, and no scars”.

At this stage no date has been set for the appeal, but Yim and her husband Hii have already demonstrated they are prepared to drag the matter out for as long possible.

In August 2007, 29-year-old Cheng Pei Ee was charged with the murder of Kunarsih and is currently being held without bail and faces the death penalty.

Her husband, 34-year-old Goo Eng Keng is free on RM9,000 ($2,468) bail and has been charged with destroying evidence and providing a false statement about a crime with the intention to help the accused evade punishment.

It is estimated there are more than 300,000 Indonesian domestic workers in Malaysia who typically work 16 to 18 hour days, seven days a week, and earn around $3.30 a day.