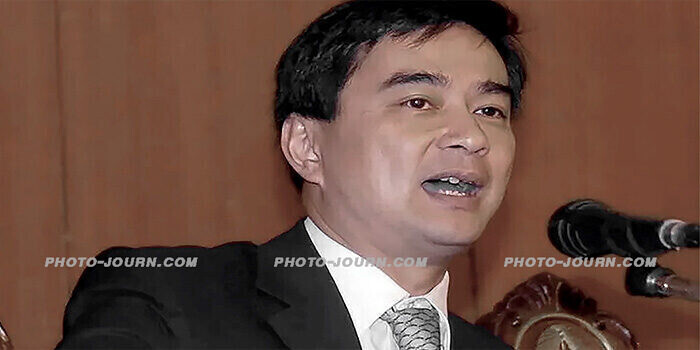 The ongoing political protests in Thailand and the hasty cancellation of the 14th Asean Economic Summit yesterday (April 11) that saw 14 heads of state hurriedly evacuated from a Pattaya hotel rooftop by helicopter will have a long-lasting effect on Thailand.

After only four months in office Prime Minister Abhisit Veijajiva already looks like a dead man walking following this latest fiasco, appearing to have the support of neither the Thailand military or the Thailand police.

The true test of Mr Veijajiva’s leadership and whether his Democrat Party government is really in charge of Thailand will come in the next few days.

After repeatedly reassuring the heads of Asean and the six dialogue countries, Australia, New Zealand, Japan, China, South Korea and India, together with United Nations Secretary General Ban Ki-Moon and the chiefs of the International Monetary Fund (IMF), the World Bank and the World Trade Organisation (WTO) that their safety at the Pattaya summit was assured, Mr Veijajiva and Thailand has been humiliated on the world stage.

While the rights of the red-shirted pro-democracy supporters to protest is not disputed, the lack of support the government received from the Thailand military and the Royal Thai Police (RTP) in protecting the visiting dignitaries only raises questions on who is really running the country.

According to a report in the Bangkok Post, the Prime Minister and senior cabinet members met late yesterday to consider legal measures against United Front for Democracy (UDD) leaders.

The authorities would gather evidence that covered the leaders’ speeches and activities to back the allegations that they intended to overthrow the government. Warrants for their arrest would be sought from the court, the Bangkok Post said.

While it is understandable that the great loss of face suffered by Thailand on the international stage should prompt this sort of response, it is reasonable to expect the same wrath should be felt by the heads of the Thai military, the RTP, as well as deputy prime minister Suthep Thaugsuban who was charged with managing the security arrangements for the summit.

Just as the Thai police and military proved to be an impotent force in supporting the previous Thai government when tens of thousands of People’s Alliance for Democracy (PAD) protesters took control of both Bangkok airports, as well as those in Phuket, Hat Yai and Krabi stranding hundreds of thousands of tourists, so too have they proven to be just as ineffective in Pattaya.

While the Thai military continually denies any plans to mount a coup d’état similar to that which ousted fugitive former prime minister Thaksin Shinawatra in September 2006, their lack of support for the incumbent government means the prospect of military intervention in order to bring peace to Thailand and protect the Thai royal institution is far from fanciful.

If PM Veijajiva is unable to get the Thai military and police to carry out their duties the prospect of further bloodshed on the street of Bangkok and throughout Thailand appears inevitable.

The inability of the Thai government to run the 14th Asean summit in Pattaya safely and securely has prompted Thai Travel Agents Association (TTAA) chairman, Apichart Sankary to say, the government should not hope to host major international events again.

The industry accounts for more than 11 per cent of the Thai economy and the Tourism Authority of Thailand (TAT) was forecasting 15.5 million foreign tourists generating revenue of around $16 billion prior to the PAD protests that crippled the country last year.