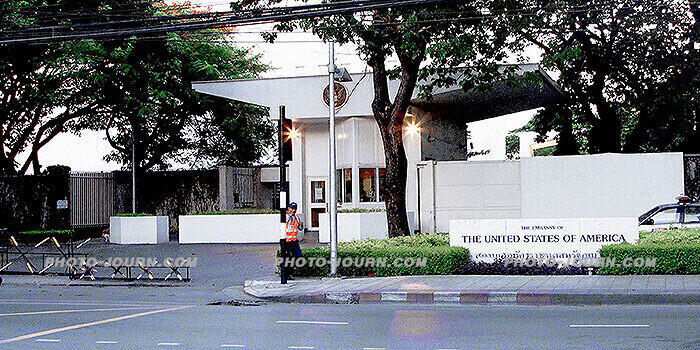 A confidential US Government cable allegedly sent by former American ambassador to Thailand Eric John (pictured at right) to US Secretary of State Hillary Rodham Clinton provides an interesting insight into how embedded US agencies are in the Southeast Asian kingdom and the role the super-power has had in manipulating domestic Thai policies.

Labelled “Embassy Bangkok, CONFIDENTIAL, 09BANGKOK611” with the subject Law enforcement cooperation between Thailand and the United States runs deep, the 3,715 word leaked cable is one of more than 3,000 classified US government cables involving Thailand released by whistleblower organisation Wikileaks, some of which have already been published on the website of former Reuters journalist, Andrew Marshall.

The leaked Bangkok embassy cable notes that since 1963 when the US Drug Enforcement Administration’s (DEA) predecessor, the Federal Bureau of Narcotics (FBN) (See: War on drugs a failure says international group), commenced operation in the kingdom the focus has been on counter-narcotics, noting that the US-DEA now maintains several offices throughout the country, as well as in several neighbouring countries, “enjoying remarkable freedom of action in-country and high levels of cooperation (including the right to carry weapons and freely conduct investigations, with the RTP making the final arrests)”.

The leaked cable further states that “this special relationship has benefited American LE [law enforcement] greatly” and that the “U.S. sought to expand this type of bilateral success throughout the region by the launching of the [jointly funded] International Law Enforcement Academy (ILEA) in Bankok (sic) in 1998.”

Thailand ranked No. 3 for wanted US Criminals

Amongst the special treatment provided to the US embassy in Bangkok and highlighted in the leaked cable was RTP Special Branch providing a ten-person field surveillance team to monitor a wanted US felon for two-and-a-half-months.

Noting that the main areas of law enforcement cooperation between the USA and Thailand were in extradition and mutual legal assistance, the leaked US embassy Bangkok cable claims “Thailand s (sic) the third largest worldwide source of wanted ciminals (sic) extradited to the US, with pedophiles a frequent target”.

The leaked embassy cable states that over the past 30 years 135 defendants have been extradited to the US, along with “dozens of direct deportations” for offences including murder, child molestation, narcotics trafficking, money laundering, fraud, intellectual property violations, corruption, and cyber-crime.

In the five years following the establishment of the Immigration and Customs Enforcement (ICE) division office in Bangkok 500 cases of immigration scams, financial crimes, trafficking in weapons and persons, and pedophilia had been investigated in cooperation with Thai authorities.

Highlighting the then ongoing extradition process involving alleged Russian arms dealer Viktor Bout, the leaked cable notes that former US president George W. Bush had “mentioned the importance of the case [to] the then-PM Samak Sundaravej in August 2008”.

Referring to an application for the extradition to the US of Iranian national Jamshid Ghassemi for arms export violations that was denied in 2008 after intense pressure from Iranian authorities, the leaked cable says the Bangkok embassy is “determined that the outcome of the Ghassemi application will not be repeated”.

Claiming the United States Government’s “numerous parallel bilateral efforts are aimed not just at eliciting and sustaining the LE cooperation we want”, the US government cable states “the Thai CJS [criminal justice system] as a whole stands in need of comprehensive development, streamlining, and reform”, describing it as “still very weak by Western standards and the police are at the heart of the problem”.

With the exception of the RTP Swat (special weapons and tactics) unit, locally named Arintirat 26 and special units trained for counter-narcotics operations, the cable describes the RTP as possessing “quite low” professional skills.

In a slamming indictment of the RTP and assessment of Thailand’s violence-plagued southern provinces, the leaked Bangkok embassy cable says the ongoing violence is “fueled by a communal sense of grievance based on an overall lack of justice”.

“Corrupt and abusive police units coupled with a weak and opaque judicial system have inflamed the long-standing animosity of majority Malay-Muslim population towards the central government”, the leaked cable government cable states.

The US government Bangkok embassy cable says Thailand’s courts “lack most of the accoutrements of a modern justice system and the police, prosecutors, and judiciary do not interact effectively. Instead they represent jealous fiefdoms, and the whole system relies upon confessions rather than adjudicated evidence”.

This comment found the Wikileaks Bangkok embassy cable would at imply support for Thailand forces infiltrating another sovereign state, but makes no mention as to whether any people were killed, injured or detained, or whether US-DEA agents accompanied their Thai counterparts on the the cross-border incursion.

For the 2008 year the leaked embassy cable claims 84 case investigations were conducted resulting in 1,150 arrests and that almost eight tons (8.8 US tons) of marijuana, 800kg (1,763lb) of methamphetamine, several hundred kilograms of heroin and large amounts of precursor chemicals were seized, with a total value of $13.7 million.”

When compared to the to total amount of marijuana and heroin seized by Thai authorities in 2008 (See: War on drugs a failure says international group) it would appear that the US-DEA were involved in RTP actions that resulted in much of the drugs seized in Thailand in 2008.

Despite the shortcomings in Thai law enforcement there were “some wwell-placed (sic) elements within the Thai CJS, including high-ranking police and judiciary, are trying to make the system turn a corner. They need help with such a large job and are turning to U.S. counterparts for assistance.

Among the requests, the cable says, was one for help with institutionalising training in human rights and community policing, both areas in which the RTP have been “wholly wanting in the past”.

The leaked embassy cable will not be welcomed by the Thailand government, as it indicates a long standing US influence on everything from domestic drugs policies and enforcement through to the invasion of a neighbouring nation, with the implication being Burma, to destroy drug facilities.

That US-DEA agents are freely allowed to roam around Thailand armed will also likely be news to the Thai population, while the RTP is unlikely to be flattered by the overall assessment applied to its abilities.